Well, let’s just get this out of the way: Mike Huckabee is a big fat liar and a charlatan.

I can hear some of you now. “Brock, what about tolerance? Should you tolerate Huckabee?”

As a native of Arkansas, I’ve been dealing with Huckabee and his brand of religious piety and rightwing politics for year. Imagine as a kid growing up gay in Arkansas, and you heard your sitting governor say that all people with AIDS should be locked away and quarantined. Huckabee said that — and refused to even retract it years later. Again, I won’t tolerate that crap.

But I do feel slightly vindicated with the events of last week. Let me explain. Huckabee, out on his “book” tour, began to show his true colors, and those colors have hints of faux-populist crap, in-your-face evangelicalism and a tinge of racism.

A little background (and to be honest, TheBlot Magazine has gone after Huckabee here, here, here and here. He’s a favorite of ours): Huckabee has a new “book” out called “God, Guns, Grits, and Gravy,” which I assume is also shorthand for his breakfast order most mornings. This follows other Huckabee tomes, like his “book” on weight loss, “Quit Digging Your Grave with a Knife and Fork,” which I guess didn’t take. Side note, who digs a grave with a fork? Use a spoon.

So, what’s the deal with his new “book?” Beyond it being an assault on our eyes and minds, Huckabee talks about all sorts of things and how they’re ruining America. Obama is awful? Check. Prison rape? Check. Hates the IRS? Check. Beyonce is bad for American? Yes … check.

What did he say about Beyonce? Read all about that here. In a nutshell, Huckabee uses language like “pimp” and “stripper” — and he’s been getting a lot a bad press about that. And Destiny’s Child member Michelle Williams even (semi) confronted him on this on “The View.”

Jon Stewart also did so here:

But like Williams, “The Daily Show” host does not take Huckabee fully to task on his comments or his politics, and he should have gone much further.
The crux the Huckabee’s Beyonce remarks? Basically, the Obamas are bad parents for letting their daughters listen to her music. He writes in his “book” that with “the first lady so concerned about making sure her daughters’ bellies don’t ingest unhealthy food, how can she let their brains ingest obnoxious and toxic mental poison in the form of song lyrics? If lived out, those lyrics would be far more devastating to someone’s health than a cupcake.”
Let’s all take a second to roll our eyes. Huckabee claims that is just a small portion of the book. One page, essentially, and people shouldn’t focus on that. Maybe, Huckabee. But you still said it and can’t behind brevity. And if the Obamas are such bad parents for letting their daughters listen to Beyonce, can we call Huckabee a bad parent after his son tortured and killed a stray dog when he was employed at a Boy Scout camp? And then later using his powers to cover it up? Sounds like model parenting to me.
And the cameras are always rolling — and note that Huckabee has very different messages for different audiences. He is toned down when on “The Daily Show” or “The View,” but his true colors fly when on, say, less secular programs. Check out the video below, courtesy of Rightwing Watch.

Yeah, it’s been a not-so-good week for Huckabee — or is it just that his true self is showing and people are realizing that they don’t care for it?
Brock Thompson is a contributing journalist for TheBlot Magazine. 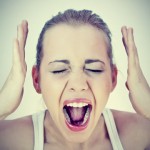 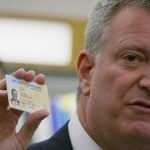