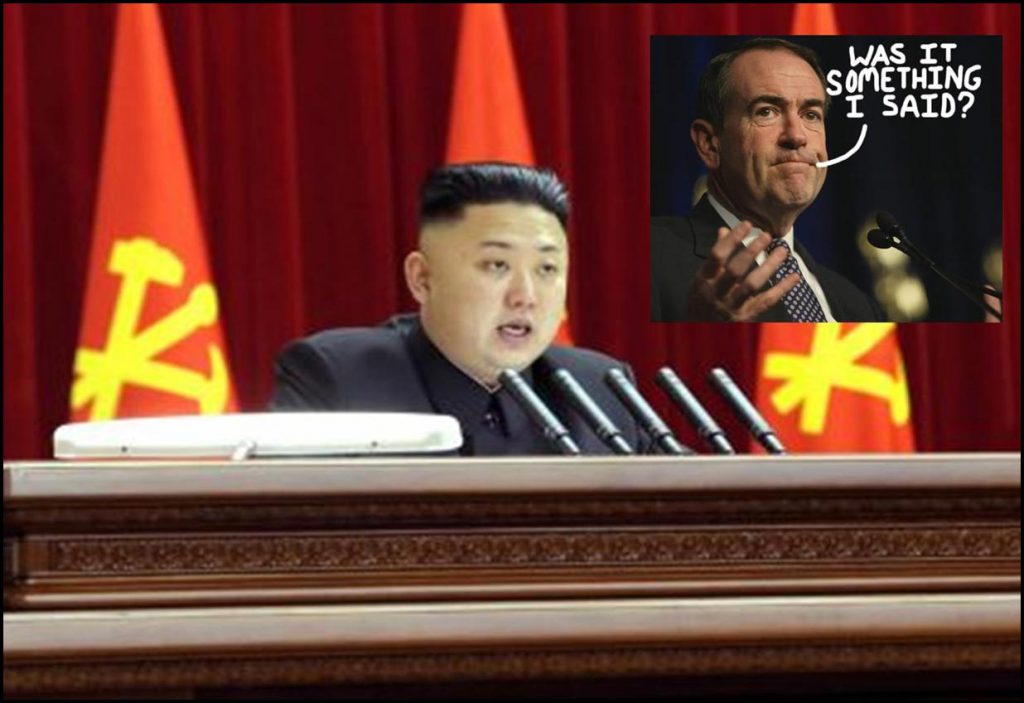 MIKE HUCKABEE is perhaps the only American politician who loves North Korea.

For all of us wishing that that portly blowhard Mike Huckabee would just sit this upcoming election season out, too bad. He’s off and running, and he’s fueled both by the sound of his own voice and wildly exaggerated statements. He runs on these things. Metaphorically, of course. Nobody can picture Huckabee actually running anywhere.

First out the gate, this little gem from this past weekend’s event. The summit, promising “to be a real hoot,” featured the usual suspects who love a camera and microphone more than they do, I’m guessing, America: Rand Paul, Ted Cruz, and that powerhouse of conservative intellectualism, Donald Trump. The “summit” part in Freedom Summit is because New Hampshire has mountains. The freedom part? You are apparently free to be an idiot. In that regard, Huckabee really hit it out of the park by saying that North Koreans actually have more freedoms than Americans do.

“My gosh, I’m beginning to think that there’s more freedom in North Korea sometimes than there is in the United States,” he continued. “When I go to the airport, I have to get in the surrender position while people put hands all over me. And I have to provide photo ID in a couple of different forms, and prove that I really am not going to terrorize the airplane.”

But you have got to love the clip, especially the panning shots of the audience — half old folks, half empty banquet chairs. Also, in that clip, if you could stomach watching the whole thing, Huckabee brings up corn dogs and Benghazi. He talks about the latter all the time, but the former is probably closer to his heart, if not clogging it.

But of course that’s not all. Huckabee, on his show, the cleverly named “Huckabee,” this week featured Tony Perkins of the Family Research Council. They’re both still talking about Chik-fil-A. You may recall, two years ago, a deranged individual went into the Family Research Council’s headquarters in Washington, D.C., intent on a mass shooting. He wounded a security guard before being apprehended. The gunman later claimed he was there to exact revenge on Perkins and staff for their anti-gay views. A tragic case, indeed. But this one bizarre incident is all Perkins and the Family Research Council needs to claim that all gays are crazed degenerates intent on doing harm to anyone who might disagree with them.

A lot of you may know that I have a bit of a long-running feud with Arkansas’s former first family. And some of you may point out: hey, Brock, you aren’t being very tolerant here. Is name-calling ever appropriate? 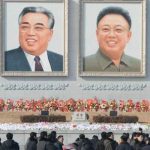