It’s true, TheBlot Magazine loves some Mike Huckabee. We’ve picked on him here and again here. Oh, and here.  I mean, we wouldn’t, but that adorable blowhard keeps stepping in it. Don’t believe us? Then if you can stomach it, watch this nine-minute clip of Gov. Widebody comparing gay marriage to Nazism.

Huckabee begins by comparing gay marriage to abortion because, you know, that’s appropriate. And then he cuts to the chase – gay marriage will damn the entire country.

He goes to show off his astounding lack of understand of the balance of powers and the separation of church and state. If you can’t stand to watch, just forward on to the 5:30 mark. Here, either Huckabee is reading his speech from his iPhone, or deleting his recently downloaded calorie counter app. Who reads a speech from a iPhone?

And then he evoked the Nazis:

“We can never forget that everything Hitler did in Germany was “legal” and everything the Hungarian freedom fighters did in Hungary was ‘illegal.’ It was ‘illegal’ to aid and comfort a Jew in Hitler’s Germany. But I am sure that if I had lived in Germany during that time, I would have aided and comforted my Jewish brothers even though it was illegal.”

And then, Martin Luther King Jr.:

“I wish I had penned those words,” Huckabee exclaimed. “But they were penned by someone who understood freedom, and understood that there was a time to stand up against law when it has become unjust. Those are the words that were penned by Martin Luther King Jr. in 1954 in his letter from the Birmingham Jail.”

Never mind that his widow, Coretta Scott King fought for gay rights for more than 20 years.

Where did this stirring oration take place? Yesterday, the National Organization for Marriage held their big rally, The March for Marriage in front of the United States Capitol. As you can imagine, tens of people showed up to support Huckabee and the usual suspects like Rick Santorum. To be fair, the Washington Blade estimated the crowd at around 2,000.

Huckabee is all hot and bothered. Why? He’s losing. Not weight, but his argument. Gay marriage is all but a forgone conclusion, even in his native Arkansas.

And today, President Obama will sign an executive order granting scores of rights to gay and lesbian federal employees, setting an impressive tone towards states still lagging behind in their treatment of same-sex couples and adding to his already laudable litany of gay rights achievements.

So is Huckabee ready to throw in the towel here? Not likely. He took to his Facebook page, his go-to spot for ranting and self-congratualtory diatribes. Complaining about the wave of equality sweeping the nation, Huckabee quipped, “Let’s make all consensual adult behaviors legal, whether prostitution, assisted suicide.” 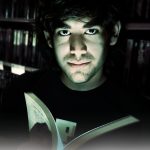 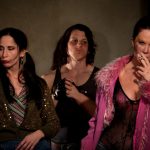