Verizon is a global communications giant — except for when it comes to talking to them.

I oughta know. Recently, I had to reach out to Verizon’s customer service department because incoming calls on my landline were suddenly being greeted with a busy signal. I couldn’t get calls! When I called Verizon to complain about this, they responded that the problem wouldn’t be resolved until 10 days later. I moaned, “Well, I’m not paying for service if I’m not getting any,” and the woman responded, “But you can make calls!” When I started shrieking that I need full service, thank you, she relented and said, “All right, I’ll put in your request for an adjustment.” Mighty big of her — and that request had better be approved, by the way.

At least the company later sent me a converter gadget that I could hook up to the phone line and magically get incoming calls until it fixed things. But afterward, I got a text saying that when the problem is resolved, I should return the converter using the FedEx label included in the box. I called my old pals at Verizon in a panic and explained that, since there’d been no warning about that, I’d thrown out the box and whatever packing stuff was in it. They said that was perfectly OK, they would send me a new FedEx label. They didn’t. But that worked out fine, since the problem wasn’t being resolved any time soon anyway.

But there were way bigger problems erupting. A week after the phone problem hatched, my Internet went down like a dying swan. In horror, I called Verizon to complain, but the customer service man I reached couldn’t decide if it was a problem on their end or if I simply needed a newer modem. Well, I happened to have a newer modem in the closet, so a friend came over to hook it up, but no dice. The problem was totally on Verizon’s end, and this time the earliest appointment they would give me to fix it was two full weeks away! I called back again and again to beg for a quicker result, and each time I had to go through the automated system which asks you for all kinds of codes and names and numbers (with a lot of “I didn’t understand you. Can you repeat that?” as you’re screaming the info) only to finally get hooked up with a human, who asks you all the same questions!

To each person — and robot — I explained that my livelihood depends on the Internet, and I’ve been a great customer for years, and they need to do better than this, blah blah, but every single customer service person put me on hold, then eventually came back to say my appointment couldn’t possibly happen any sooner. All except one guy — my tenth call — who sounded sage and helpful, a light in the wilderness.

“It’s too late to change the repair appointment tonight,” he said smoothly, “but tomorrow, the second I come to work, I will do it, and I’ll call you with the new information.” Suddenly there is a God! “Can I please have your name and direct number so I can reach you in case I don’t hear from you?” I whinnied, not wanting to start from square zero again if I had to get help. “Oh, no,” he assured, “we don’t have direct numbers, but don’t worry, I’ll call you first thing tomorrow.” He didn’t. In fact, I never heard from him at all.

Well, at least the day had arrived when Verizon was going to send someone to repair the phone problem, so I could finally unplug the converter and go back to normal in that respect. Blissfully, I got a text that morning assuring me that the visit would happen by 7 p.m., but hope gradually turned to dust over the long day. “Jeopardy” was already starting, and no one ever came! I frustratedly called Verizon and got the robot, then finally a man who put me on hold for a whopping 15 minutes. While I was waiting, a new reality star could have become famous.

When he eventually came back, it was with two extremely wacky — and contradictory — scenarios. One was that someone did try to come to fix the phone at 6:30 p.m. (a lie). The other was that maybe the repair had been done by remote (which makes the text that promised a “visit” even weirder). The guy said he’d have to put me on hold again to try and get more information, but I didn’t have the patience to sit still for another 15 minutes only to be greeted with falsities and conjectures. “Look,” I said. “Just call me on my cell the second you get the answer.” He gleefully agreed. And he never called.

Could the problem have really been fixed by remote? If so, there was no way to test that. When I unhooked the converter and plugged the phone back to the way it was — so I could then try to call in and see if that worked — there was no dial tone whatsoever. Now, not only could I not get incoming calls, but I couldn’t make outgoing ones either! I plugged the converter right back in, figuring maybe it’s not so bad — and I still hadn’t gotten the FedEx label to ship it back anyway.

Furious over the rotten service, I made one more call to Verizon hoping to soften their one-two punch. “When is my contract up?” I demanded to know, realizing that threatening to jump ship often puts a flame under service companies’ asses and forces them to provide better care. “I don’t know,” she responded blankly. “Well, if Verizon doesn’t know about my contract, who the hell would?” I griped, losing it.

But I quickly calmed down so I could start preparing to greet the nice repair person who is surely going to come to fix my Internet in a few days, exactly as scheduled. I just know he’s going to come. Don’t you? Hello? Hello? 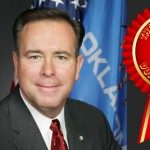 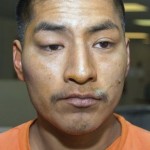