New York City might have its detractors — including everyone who’s struggling to afford to keep living here — but it still has a certain character and cachet that seem to be missing from many less-illustrious hellholes around the globe. Here are the 10 most heinous cities, in my xenophobic opinion:

The birthplace of Motown and the American car industry, I found this place so freakin’ scary when I visited that I wanted to triple-bolt myself in my hotel room. I was in “the good part of town,” but the streets looked like a “Night of The Living Dead” festival, so I closed the curtains, shut the door and prayed I’d wake up in Oz. Even “Oz” prison would be better.

A friend of mine went to this “sovereign city-state and island country in Southeast Asia” and came back with carpal tunnel from having written so many horrified postcards. “It’s all plastic,” he shrieked. “There’s no culture or charm there. It’s all shopping malls. And it’s a horrible police state. It’s illegal to be gay there! AVOID!!!!!” OK, heading to Pittsburgh instead.

The capital and largest city of Iceland is surrounded by fjords that make for a surreally beautiful entrance to the city — one filled with mounds and mounds of white particles — but the net result makes you feel like you’ve landed on another planet. That unworldly sense is confirmed when you check into your top-drawer hotel and realize it has no TV, and you later find that drunken bisexuals converge in the street on Saturday night, angrily throwing empty beer bottles into the air. But “the hot springs” are nice.

Anything goes in the Wild West situation of Russia’s jewel in the crown. Anyone can be a cab driver, so you might be entrusting your life to Rasputin’s psychotic great, great, not-so-great grandson, for all you know. What’s more, there’s nothing to do except drink vodka and wait for the Bolshoi to come back. And drink more vodka. Sure, Red Square is something to behold, but it soon enough becomes a tiresome sight that you never want to see again. Oh, and they hate gays. Otherwise, it’s fabulous.

This is a gorgeous, culture-drenched haven for the arts and for exquisite aesthetics — or at least it used to be! Today, Venice is basically a Disneyland recreation of the same, filled with workers anxious to nab your tourist dollar. A shell of what it was, Venice offers pricey gondola rides down the smelly canal so you can pretend there’s something going on here besides clip-joints and fetid nostalgia. And as with Red Square, the Piazza San Marco wears very thin very fast (though the pigeons do not).

Like Venice, Memphis has long been a palid ghost of itself — a tourist-attraction version of what used to be real and thriving. The rundown town only exists as a living museum, with blues singers luring you into restaurants and Graceland begging you to worship its bad taste. The whole city seems centered on that Elvis shrine, which keeps the place’s economy going, and I have to admit I did enjoy some of the wacky, plastic-covered furnishings on display there. But tragically, you can’t even get to see the toilet bowl The King died on. That’s not part of the tour!

Says a friend who’s actually been there: “It has none of the charm of Buffalo and all the defects — horrible weather, decaying factories and little culture.” It doesn’t even have any of the charm of Rochester! And though the population has increased a tiny bit since 2000, that barely puts a dent in the gigantic decline the town’s populace was suffering for ages before that. Trust me. St. Bart’s this is not.

Uganda’s capital and largest city has two rainy seasons, so you might get really, really wet if you dare to go there during certain months. Oh, and if you’re gay, they’ll hang you! (Or try to, anyway.) They’re trying to work out varying human rights issues — like how to stay homophobic while still appealing to western tourists — but until they do so, stick with Indianapolis.

I happen to love this dazzlingly unreal mecca in the desert. I adore the buffets, love the shows and am a fan of the Liberace Museum (which is supposed to reopen) and the gigantic wig shop. But after two days there, the 24-hour neon becomes mind numbing, and you crave a return to civilization, any kind of civilization. Furthermore, the way everything is geared toward luring you to gamble — like the fact that there are no clocks in your room, and that room is free, by the way, because they’re desperate for you to come and spend money — is deeply disturbing. Everything’s there to seduce you back into the casino and make you lose your shirt. As a result, the place has even less soul than Los Angeles — but I’ll give it this much: The Venetian Casino is better than the “real” Venice. 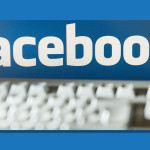 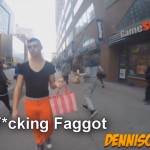