Sometimes showing your hand isn’t the best tack to take, especially if it isn’t properly manicured. Many celebs have shown that it’s far preferable to hide under a fog of one’s own making while rolling one’s eyes and seeming divinely over everything. The most fabulously blasé stars of all time are … (yawn) …

I’m not even sure which rock she sprouted from, and I don’t want to know. Let me just enjoy the utterly blasé way this “self-styled gangsta Nancy Sinatra” sings, talks, and takes in the world, with eyelids alluringly at half mast. Let the other gals gyrate under headdresses. Lana just is.

The brilliance of Paris’ celebrity has been that she was a blank slate people could project their thoughts and dreams on. She was multi-purpose, suitable for any occasion and showed a lot of range, even though she didn’t actually do anything. And yet, she did quite a lot. And having been born into the lap of luxury, the woman never needed to fret over a hangnail.

The popular actor/director is probably more suave than blasé, since in reality, he cares about every aspect of what he does. But in acting all that out, he manages to exude a refreshing who-cares? attitude that has him the closest thing to being this generation’s Cary Grant. And I care a lot.

The ultimate blasé celeb, Greta vanted to be alone, and she managed that feat all the way into an early self-inflicted retirement and eventual death. When “Garbo Laughed!” it made headlines, but I never bought it. The Swedish fish out of water looked strained, as if she’d way prefer going back to being and acting blasé. And did she evah.

The ex-big band singer with the mole realized early on that she exuded more sex appeal the less she moved. Sometimes she came off like a waxwork, barely pursing her lips to emit those delicious sounds. And for the height of disconnected-ness, her version of “Is That All There Is?” remains an existential nightmare par excellence. It’s impossible to be blasé about this woman’s talents, and that’s not all there is; she was a real character, too.

As a kid, I would watch this singer’s variety show and howl with laughter at the utter lack of variety on it. Perry was amiable enough, but so deadpan and low energy, he made Bing Crosby look like Mick Jagger. Wikipedia describes him as “an American singer and television personality.” Talk about false advertising!

Speaking of Der Bingle, he was a huge star in the U.S., which liked him better the more serene and unaffected he got. As a result, the man could just sit there and warble a few notes, while not having to move a facial muscle, and people went wild as if it was The Beatles. Makes you wonder why you expend so much energy in a day. Whether playing golf, singing “Swinging on a Star,” or warbling “White Christmas,” he was always filled with pizzazzzzzzz …

The Oscar-winning actor who played bitchy columnist Addison DeWitt in “All About Eve” (don’t look at me), Sanders had a tendency to become over it rather quickly. He expressed this sentiment all the way to the end, when his suicide note crisply stated the obvious: “Dear World, I am leaving because I am bored. I feel I have lived long enough, I am leaving you with your worries in this sweet cesspool. Good luck.” At least someone as endlessly fascinating as Sanders didn’t contribute to the problem he so loathed.

Once a foxy purveyor of self-love and frizzy hair, Ru is now more of a serene version of the same, gliding through the small screen like an omen and uttering sphinx-like pronouncements that have him coming off more owl than fox. When he cried once on being proud of a contestant’s performance, I wanted to check to see if they were glycerine tears. Ru has truly become a statuesque icon — or maybe an icon-esque statue, LOL. Long may she reign.

Betty’s appeal was always to be the siren, the femme fatale, the lady who could slide into a frame and shake things up with a couple of expressions, a hand movement and a whistle. The queen of minimalism, she also famously got male dancers to spin her around on Broadway as she won the applause. Special mention goes to Cher, who never seems to bat a fake eyelash over anything — though Chaz’s transitioning to a man seemed to have finally done the trick. (And besides, Twitter has unleashed a hidden fury in Cher that was previously not noticeable. Not in Betty Bacall, though. She remained tangy and unpenetrable until the end — unless you were a fan who approached her out of the blue. “Was I talking to you?” Bacall would sometimes respond, fire blowing out of her nose. Such a charmer.) 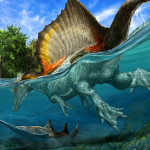