Let me channel my inner fangurl and revel in the absolute adorbs-ableness of various boy-band members through the years, from the 1960s to the boy-band present. These guys could make a teenybopper stare at her wall poster until her eyes glaze over and her tongue shoots out. Here are the 10 cutest of all.

Coming a long way from “The Mickey Mouse Club,” Chasez became one of two lead singers of N’SYNC, the mega successful, cutie-laden boy band that gestated in Florida starting in 1995. Chasez shared lead vocal duties with Justin Timberlake as the band sold more than 50 million albums and played massive arenas around the world while battling creepy manager Lou Pearlman. It seemed inevitable that Justin was the one who’d soar on to solo superstardom, but it was Chasez who I found the most puppy-dog cute. What a dollface!
Runner-up: New Kids on the Block’s Jonathan Knight in the ’90s

When Nick, Kevin and Joe created the Jonas Brothers, it was only because what was supposed to be a solo project for Nick ended up getting enhanced when someone in charge liked the brothers’ backup vocals. Eventually, it became a solo project for Nick again, as he went out on his own and conquered music and tried lots of acting, working the gay-club circuit while showing his remarkable chest on demand. The guy dated Miley Cyrus at one point, so he’s definitely a survivor — and extremely hot! (And when I’m talking about Nick’s cuteness, I’m specifically referring to him today. I’m not Michael Jackson.)

The Brit group, formed in 1990, had no fewer than 28 Top 40 singles in the U.K., though things faltered a bit after Robbie Williams left for greener pastures. When the band eventually split up, Donald — who sang lead on their U.K. No. 1 hit, “Never Forget” — had suicidal feelings, as he later admitted, but he kept going and returned to being a DJ and a mensch. His vulnerability is rather endearing, and so are his movie-star looks, complete with just the right amount of facial hair.

The pre-fab four were the Monkees, a zany pop/rock band created for a TV sitcom way back in 1965. Micky got the part of the drummer and co-lead singer of the group and then had to go about trying to learn how to mime drumming! An ex-child star (from the show “Circus Boy”), he seemed to be the cutest, most spontaneously wacky of the Monkees. (Ages ago, I would actually buy teen magazines just for photos of Micky carrying on and cutting up. True story.) But he also had some substance — he sang lead on “Last Train to Clarksville” and “I’m a Believer” and also wrote some songs — which served him well as he went on to appear on Broadway.

The lead singer of the group, Nick was a bedroom-eyed stud, and I have to admit I was intrigued by the idea of a straight guy who likes musical theater. He also rose to fame as the costar of “Newlyweds: Nick and Jessica,” on which he had to cope with his pretend-dumb wife Jessica Simpson and her contrived wacky antics. What’s more, he’s put out four solo albums, acted on “Charmed” and is currently married to Vanessa Minnillo, but he’ll always be a boy-band dreamboat to millions.

Even more sizzling than Nick was his bandmate Jeff, who has a rippling, hot body and always seemed possessed with the delightful urge to flaunt it. A founding member of the group, the Ohio-born studpuppy tried a solo singing career, but he found his true métier by emceeing and musical guesting for Chippendales and performing with a revue called “Men of the Strip.” My temperature rises just thinking about it.

The mega-boy band of the ’90s teemed with lookers, but my fave was Richardson, a Kentucky-born guy who, to me, looked like very refined trailer trash (an oxymoron, I know) with a down-home appeal that made him a star. In 2006, in a moment of lunacy, Kevin left the group, but he came crawling back in 2011, and they’re still a unit, delightfully aging before our eyes. He got the chance to star on Broadway (in “Chicago” in ’03), which cemented his status as the “Unbreakable” boy-band star of my heart. Yes, “I want it that way.”
Runner up: Backstreet Boys’ Nick Carter

His dad is British Pakistani and his mom is English, and the result is an awesomely good-looking guy who brightened the international sensation called One Direction with his charisma and allure. Zayn quit the band in March, wanting some time out of the spotlight, though naturally he’s at work on a solo career so he can grab at that spotlight again. Meanwhile, he’s engaged to some woman, who’s clearly unaware that he’s my future husband.

The super-handsome Ikaika was a finalist on ABC’s “Making the Band,” the reality show which created the utterly prefabricated O-Town. The Hawaiian-born singer left the group and eventually came to NYC, where he co-formed LMNT, another assortment of hip-swiveling hotties. From Wikipedia: “Lou Pearlman chose him to live together … Pearlman told him that, ‘I’ll be like a father to you — me and you against the world. We have a secret. I’ll take care of you. You’ll be my guy’.” (Don’t you want to shower right now? Eek.)

Before he was a Broadway leading man and the star of “Glee,” the California-born performer was part of the four-member, vowel-less boy band LMNT. By time the group’s first album came out, though, Matthew had been replaced, which may be the best thing that ever happened to his career. Anyway, in any venue, Matthew has exhibited chiseled features and loads of charm.

Hooray for boy bands and the legacy they’ve created! 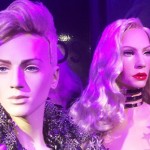 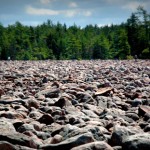