Some of the best movies ever made were actually never made — or these movies were almost made or they’re supposed to be made, but what’s the rush? Here are some of the most tantalizing near-misses that haven’t hit your local Cineplex yet and probably never will.

Araki (the renegade California filmmaker known for indies like “Mysterious Skin” and “Kaboom”) recently told me for Out.com that he’s occasionally been attached to some studio films that never actually ended up being realized due to a variety of factors. One of them was a very cool screwball comedy in a Pedro Almodovar vein, starring the wacky Drew Barrymore, who’s always in the market for the right vehicle. Sounds like a winner to me — something that could have been very good for Drew, Gregg, and me, too. Waah.

Actually, “Nailed” was practically made, but it will probably never be commercially seen. It was shot in 2008 and was Russell’s next film after “I Heart Huckabees” before he acquired an Oscar glow thanks to higher-profile stuff like “The Fighter,” “Silver Linings Playbook” and “American Hustle.” According to indiewire.com, this one starred Jake Gyllenhaal and Jessica Biel in a satire about a waitress who’s injured and becomes an activist for the weirdly disabled. The diverse cast also included James Brolin, Paul Reubens and Tracy Morgan, though James Caan walked off the set on the first day after fighting with Russell over how to play a scene. A reshoot was needed for the key scene where Biel is shot in the head with a nail. But the real problem was that the film’s financier was having severe cash flow problems, and there were shutdowns on the set and other money issues. Russell, apparently, doesn’t want to return to the project, which is not surprising considering he’s on a hot streak right now and doesn’t want to fuck it up.

Way before it was crowned Best Picture of 2002, “Chicago” —based on the sardonic Broadway musical about the intersection between crime and celebrity — was buzzed about for a splashy movie version with big names in every jail cell. Back in 1980, Oscar winners Liza Minnelli and Goldie Hawn did a song from the show on their joint TV special, and it seemed like a glorified screen test for a murmured-about movie starring those two. Alas, it didn’t get greenlit, no matter how many times they sang, “Come on, babe” and offered to roll their stockings down. As a result, gay suicide rates increased around the globe.

4) … and “Chicago” with Goldie and Madonna

Years later, there was talk of Goldie and Madonna playing the “Chicago” roles and making another movie, but again, it was a no-go for whatever reasons (no doubt involving spotty box-office prospects). But don’t cry for me, Argentina — the 2002 pic that was actually made with Renee Zellweger and Catherine Zeta-Jones was great and all that jazz. Still, can you imagine?

Here’s another movie – Madonna near miss. In 1992, Puerto Rican drag queen Holly Woodlawn — a 1970s Andy Warhol Superstar — came out with this dishy, festive memoir full of colorful characters doing outrageous things. And then Madonna optioned the book for a movie. It could have been perversely fascinating, though Holly recently told me she was thrilled it never happened. Why? Because Madonna wanted to play the part of another Warhol star, blonde bombshell Candy Darling, and Holly feels that would have been ghastly, especially since Candy would suddenly become a much more important character in the story. Like the main character!

6) Pink in “The Gospel According to Janis”

In 2004, hopeful reports went out saying that Penelope Spheeris would direct the one-named pop/rock sensation as legendary blues singer Janis Joplin. One writeup that year said the movie was “scheduled to shoot this summer.” But schedules change, I guess. Even more poignantly, they added, “It’s one of two Joplin biopics in development in Hollywood. It’s been widely reported that the other, titled “Piece of My Heart,” will star Renee Zellweger …” (Yes, that was No. 7.)

Make that three Joplin biopics? A couple of years ago came the report: “After everyone from Zooey Deschanel to Pink was considered, an actress has finally been found. Tony winner Nina Arianda will play Joplin.” It was supposed to be directed by Sean Durkin and aimed to chronicle the last six months in the singer’s life. Arianda’s really talented, and I’m hoping it will indeed happen, but I haven’t heard a peep about it lately. It’s obvious what makes Janis such a great subject that every female on earth wants to play her, but why don’t the money people see the value in her? In any case, I’m not including this on the list because my old fingers are crossed.

8) Barbra Streisand directing and starring in “The Normal Heart”

Barbra had the rights to Larry Kramer’s seminal play about the early days of AIDS activism for years, way before it lapsed into other hands and became the Emmy-winning HBO movie that aired earlier this year. Kramer has been quite vocal about his anger over the fact that Barbra never got the movie done, though he didn’t exactly approve what she intended to do with the piece. Shades of Madonna/Candy Darling, he claims that Babs had adapted the script so that the lady doctor character — who was to be played by Streisand herself — was suddenly much more major! More lady doctor equals less Kramer character, and that ain’t good. Babs’ most recent fixation has been making a movie of the classic musical “Gypsy,” but that project has lingered like a vintage boa for quite a while, and if keeps stagnating, they’re gonna have to title it “Old Gypsy.”

This was such a definite sequel, it was even announced at the end of the original film, “The Adventures of Buckaroo Banzai Across The 8th Dimension” (1984). But as meta, beta, wacky and fabulous as the weird Banzai franchise looked to be, box-office dollars weren’t exactly pouring in from any dimension. And so, the World Crime League never had to worry about a fight.

10) Greta Garbo in “The Picture of Dorian Gray”

In 1950, the legendary Greta Garbo felt there was only one project that would lure her out of retirement: “Dorian Gray.” And naturally the Swedish actress would play the title role — an ageless but inwardly quite yucky young man. The fact that a movie version had already been filmed five years earlier obviously didn’t faze her in the least. And she knew just what she wanted with her version. Having seen “All About Eve,” Greta was particularly interested in casting Marilyn Monroe as the girl Dorian seduces and destroys. I cry myself to sleep every single night upon remembering that this never happened. Well, maybe every other night. 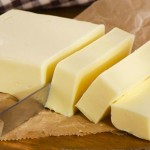 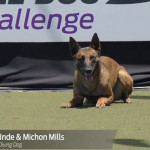