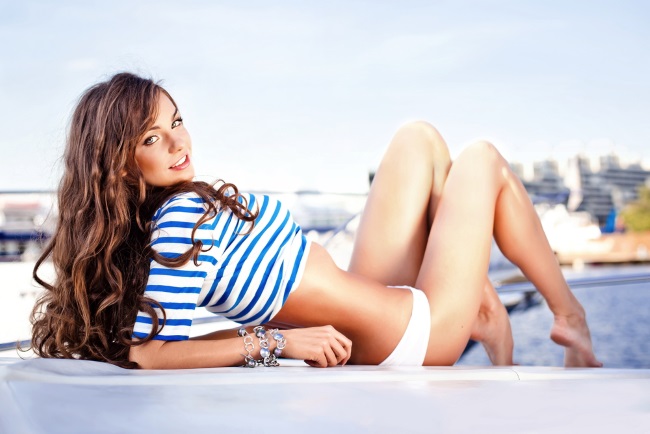 Movies are the spirit of life

When I was growing up in Brooklyn in the 1960s, movies were quite accessible thanks to the nearby Walker Theater, where recent releases dropped by for a mere dollar and no cents. Most of them were flops which had crash-landed there, but I almost always found something fascinatingly cathartic about watching them. And occasionally, there would be a first-rate gem that would end up there by surprise, like a diamond you find at a flea market.

What’s more, I’d once in a while find myself in a full-priced theater, catching four-star stuff that was in a whole other league. But whatever the film, I quickly found that cinema was an escape, a glamorous illusion and an education, a feeling that’s stayed with me ever since. The acting, dialogue, locations and music combined for experiences that added enchantment and taught me the importance of popular entertainment, even when it wasn’t that popular.

Here are the flicks that flickered most brightly before my eyes and helped form my persona.

“Cleopatra” (1963) — I saw this with the folks at a real theater, and my dad even bought me a Cleopatra ring in the lobby on the way in (an act that definitely had a lasting effect). The movie was long, but luxurious, and I was too young to realize that the styles were ’60s more than ancient-Egyptian. Who cared? La Liz was glorious, even when croaking “Caesar, what’s boining?” LOL!

“Robin and the Seven Hoods” (1964) — A glorified Rat Pack goof-off session, this was no classic, but it provided an interesting peek into their good-timing ways and musicality.

“The Yellow Rolls-Royce” (1964) — A fancy car is passed on from one bunch of international stars to another, and I loved the vehicle, as it were.


“The Sound of Music” (1965) — From the second Julie Andrews started swirling around the Alps, I was in love with this thrilling, charming, romantic musical which brought together nuns, Nazis and puppets for a perfect result. My hills were alive indeed — and the film totally holds up, just like good lederhosen.

“The Trouble With Angels” (1966) — There were yet more nuns (this time sans Nazis) in this delightful comedy featuring priceless Hayley Mills, wonderful Mother Superior Rosalind Russell and Gypsy Rose Lee as a nouveau dance teacher! Where “Angels” went, I followed.

“Hawaii” (1966) — Julie Andrews was becoming my favorite, even though some of the details of this lengthy melodrama about a missionary’s life in 19th century Hawaii eluded me. It was a tough sit for a kid, but I could sense its importance.

“Fantastic Voyage” (1966) — Raquel Welch, Stephen Boyd and other stars are miniaturized, placed on a tiny submarine and injected into a man’s bloodstream, aiming to remove a blood clot in his brain. So bizarre, so gorgeous. I was truly enthralled.

“The Taming of the Shrew” (1967) — Liz Taylor and Richard Burton helped enlighten me to Shakespeare with this bawdy Franco Zeffirelli-directed romp, which was mainly about Liz’s bosoms, but which also boasted lots of good acting and fine wordplay.

“Thoroughly Modern Millie” (1967) — Julie Andrews again, in an absolutely delicious flapper musical with gags, romance and Bea Lillie. I saw this in a real theater and even paid for my friend to come along. He was a swaggering type with no interest in this kind of frou frou. He left halfway through, while I stayed, in heaven.

“Wait Until Dark” (1967) — Audrey Hepburn was so glamorous as a blind lady foiling some drug thieves. I was mesmerized by her charm as well as the Broadway-style melodramatics.

“A Guide for the Married Man” (1967) — Robert Morse educates straight-laced Walter Matthau on the ways of adultery, and the punchline is that Matthau’s wife happens to be the stunning Inger Stevens. A great theme song by The Turtles, bouncy direction by Gene Kelly and an all-star cast (including Sid Caesar, Jayne Mansfield and Lucille Ball) made this winner something I’d never cheat on.

“They Came to Rob Las Vegas” (1968) — They shouldn’t have bothered, as this one truly deserved to be in a one-dollar theater. But it did help me learn what made for good cinema and what didn’t.

“A Dandy in Aspic” (1968) — Mia Farrow and Laurence Harvey competed for pale-faced honors in this spy caper, which was so weird and ’60s that I really dug it.

“Boom” (1968) — Liz again! Loved her in anything! And at the time, I marveled at this film’s pretensions (it was based on a minor Tennessee Williams play), fascinating cast (including Noel Coward as the Witch of Capri), and Liz’s blinding headdress. Nowadays I watch it and think, “Huh?” And then I watch it again.

“Rosemary’s Baby” (1968) — A perfect horror film, this is told from Rosemary’s point of view as the tensions mount and the baby grows. Mia Farrow, Ruth Gordon and the gang sent chills with their performances, and I loved seeing Sammy Davis’s memoir “Yes, I Can” on the shelf of the striving hubby (John Cassavetes).

“With Six You Get Eggroll” (1968) — The anti-“Rosemary’s Baby,” this was innocuous fluff about two widowed families coming together for cute hijinks. Loved it, hardly realizing it would turn out to be Doris Day’s last film.

“De Sade” (1969) — Keir Dullea played the Marquis DeSade in this pseudo-historical bit of sado-bizarreness, and it was all rather beyond me, but definitely memorable.

“The April Fools” (1969) — Jack Lemmon falls for Catherine Deneuve, who turns out to be the boss’s wife, in this endearing screwball comedy slash NYC romance. I especially loved the safari-style nightclub scene and the Central Park concert for two.

“Zabriskie Point” (1970) — The new decade began with this bewildering and boring Antonioni condemnation of American values, but at the time I thought it was terribly smart and adult.

“Airport” (1970) — A disaster film extraordinaire, with a great cast (including Jean Seberg, Maureen Stapleton and Oscar-winner Helen Hayes). I found this just the kind of sudsy 137-minute soaper I needed.

“Long Ago, Tomorrow” (1970) — Paraplegic Malcolm McDowell falls for another wheelchair-bound patient, Nanette Newman, in this minor gem, which I was madly in love with. It doesn’t hold up very well, but it still resonates as a noncomformist love story with a twist.