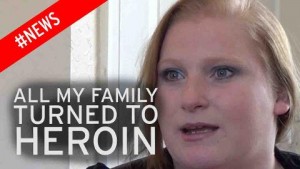 Celebrities don’t ever contact me for advice on how to fix their career and/or personal problems. In fact, celebs don’t contact me at all! So I’m going to have to reach out to them with words of wisdom that will prove invaluable to the betterment of their lives. It’s for their own good, after all.

Jen, darling, I need you to do one thing. You must ring up Angelina — yes, the temptress who so memorably walked off with your man years ago — and tell her you’re so sorry about the recent revelations that painted her in such a terrible, horrible light. Really rub it in, as if you’re deeply concerned about her wellbeing, not to mention her tarnished public image. Then change gears and lament the fact that she got no SAG or Golden Globe nominations whatsoever for her wonderful new film. I mean absolutely bupkiss! Pull all the stops out and act as if you feel this is a criminal unjustice that must hurt quite deeply. And before you hang up, I want you to chirp, “And I did get nominated for both awards, nyah nyah.”

Excuse me, Bill, but I need you to get down on your knees and pray that there’s another horrible incident like the Sony hacking real soon so you’ll be out of the headlines again for a few more days. Then I need you to feel woozy, lay down and pass out.

Hey, Big Eyes, you refused to answer questions about your salary in a scheduled “Today Show” interview, so they nixed the interrogation from happening. And while I usually don’t cotton to celebs imposing limits on interviews, in this case, I guess, you were standing up for yourself. But maybe you should have gone on and replied with, “First of all, it’s impolite to ask someone how much they make. Secondly, it’s weird that you apparently have no problem using illegally hacked e-mails as the source of information for your line of questioning. Furthermore, if you’re so intent on exposing show-biz gossip, why not tell us the truth about the ‘Today Show’ shakeup rumors?”

I adore you, Babs, but you’ve already spent almost as much time trying to get the movie of “Gypsy” off the ground as Faye Dunaway spent on “Master Class” (which never happened, despite years of fussing and filming). The thing is, you’re really too old for the part. I’m all for nontraditional casting, but even though you look younger than 72, the camera doesn’t lie, and people are going to wonder how you managed to birth young kids decades after menopause. And simply changing the lyrics to “If great-grandma got married …” is not the way to go!

As long as your name just came up, Faye, let me now state that it’s time you finally let go of all your grudges and try to become more of a team player. Stop kvetching about “Mommie Dearest,” Andrew Lloyd Webber and all the other grievances and move on, at peace with the past and ready for the future. Being so angry has sapped a lot of creative life out of you while also making you less than delightful to be around sometimes. Trust me. I’ve never lied to you before, have I?

I was very heartened to hear that you did well in “Speed-the-Plow” onstage in London and that your fairy godmother Oprah might now try to get you the part of Sally Bowles in “Cabaret” here in New York. Despite your lingering problems — which I always attributed to the icky machinations of the people around you — I feel you’re an appealing talent, and the part of the messy-but-somehow-optimistic singer Sally would be a great fit, especially since she’s not supposed to be Maria Callas. Michelle Williams did the role, Emma Stone is wowing them in it, and you’d be the inevitable next step in the Bowles’ genealogy. So go at it, Lins. Maybe this time, you’ll win.

Stay away from Bible films! In the old days, you knew exactly how to produce these — with lots of rich pageantry, infectious solemnity and just a hint of camp. You turned out the perfect assortment of stars, togas, cleavages, art direction and homilies, creating a product that somehow felt enriching yet entertaining. But those days are as long gone as Lot’s wife. Commandment No. 11 should be: Thou shalt not try to make Bible movies anymore!

There are occasional irksome things about you, but I guess you’ve managed to keep cranking out hit records and screwing hot guys, so I really have nothing to offer by way of advice. Just keep it up, girl, and maybe even play Sally Bowles!

It must hurt to be named Forbes magazine’s most overpaid actor once again, not to mention being the critics’ constant whipping post for your neo-adolescent toilet humor. Just remember that Jerry Lewis endured similar abuse en route to deification and a telethon. And that you have indeed tried to expand your brand, repeatedly going for more-serious roles, but the public has inevitably shot you down and enslaved you to the yucks. In fact, the Jason Reitman comedy/drama “Men, Women & Children,” about the generational effects of the Internet, was one of the biggest box-office flops of 2014. But you’ll always have “Punch-Drunk Love,” the offbeat 2002 film that had you switching gears and doing absolutely brilliantly, I must say, so congrats on that.

You’ve got spunk, Jennifer. I like spunk. Just be sure the Hollywood machine doesn’t eat you up alive and make you shed all the things that make you saucy and different. You’ve already survived a hacking and franchise films while maintaining the spunky edge, so things are looking good. And call me! You never call! 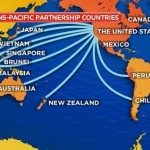 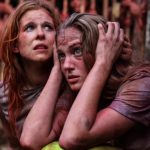