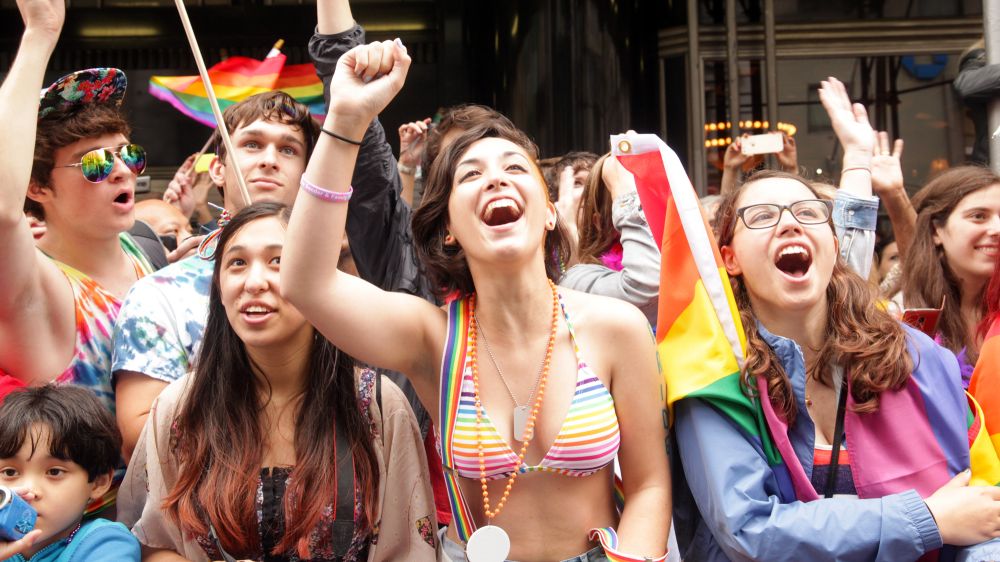 No one’s better equipped to evaluate New York moments than I am since I never leave the place. And 2014 happened to be an especially New-York-moment filled year, one brimming with the glories and ghosts of glorious Gotham.

Here are my 10 favorite snapshots of what we experienced:

The new year started with a bang with the indoctrination of our new mayor, who brought hope to the throngs of us weary from Giuliani and Bloomberg’s dedication to making NYC safe for rich people and tourists. Maybe we finally had a populist mayor who actually cared about everyone in town. He certainly seemed cool, with his bisexual wife, multicultural family, man-of-the-people ideas and flip phone. Of course, his numbers tanked pretty early on, but I still like any mayor who isn’t Giuliani or Bloomberg.

From the 1980s to 2005, Wigstock was an annual outdoor drag festival that brought throngs together in high heels to applaud a bunch of performing tuckers and transsexuals. It’s been missed, but two years ago, Bushwig started — in the increasingly trendy Brooklyn neighborhood of Bushwick — and by this year’s Bushwig in September, it had grown to a two-day indoor/outdoor celebration jam-packed with drag queens and performance lovers. Since the Brooklyn scene is still in its nascent stage, the aesthetic is a little messier and more avant-garde than the “Drag Race” one — sort of like in the early Wigstock days — and that’s what’s so damned good about it.

No, it’s not as dirty as it sounds. It’s literally a celebration of pickles, and this year it happened on Oct. 19 up and down Orchard Street on the Lower East Side. And what I assumed would be a pitiful little get-together of people holding their noses was actually a sprawling, crowded fun fest that brought all sorts of New Yorkers (mostly young hipsters) together in their love of cucumbers and brine. The pickles on sale at the various stands were actually pricey — I didn’t see any for less than four bucks — but you could just enjoy the sight of them, along with the live music provided, then go home and eat a jar of Vlasic.

The reaction against Taylor Swift’s crowning by NYC

Also in October, pop tart Taylor Swift found herself in a pickle when she was named New York’s Global Welcome Ambassador and her song, “Welcome To New York,” became an anthem for our city. The antsy response truly inspired me. Everyone I know, and then some, united in horror to try to shout this absurd bit of politics down from happening. Sure, Taylor’s fine, and yes, she’s bought an expensive place in New York to go with her pricey digs in Nashville and California, but as I wrote right here on TheBlot, she had as much to do with New York as kidney-shaped pools! Besides, there were scores of way better NYC songs to represent us out there — everything from “Native New Yorker” to “Walk on the Wild Side” to Nina Hagen’s “New York/N.Y.”

The sane reaction to Ebola

No, Ebola isn’t one of my favorite NYC moments, but the response to it has been. See, on Oct. 23, Dr. Craig Spencer, returning from a Doctors Without Borders stint in Guinea, was diagnosed with Ebola. And the city didn’t go crazy about it. There were no apparent breakdowns, no looting and no suicides related to this moment of horror. As a city, we survived it (despite media sensationalism) and carried on, and Spencer was mercifully upgraded to stable, then announced as cured. Bravo, New York. But it’s hilarious that the Taylor Swift thing did encourage hysteria and this didn’t.

The response to Joan Rivers’ death

As with Ebola, Joan Rivers’ passing was a horror, especially since it seemed to come as a result of a procedural mishap that shouldn’t have happened. But what was inspiring was the wall-to-wall coverage of this icon’s legacy and her tough, humane, bitchy, loving way with a gag line. I was on one news show for 10 whole minutes lionizing Joan, only to see others lining up to do the same. There was no other news for days! And when Howard Stern got up to speak at her Sept. 7 memorial at Temple Emanuel, it was so perfect that everyone got nervous about what he would say. “Joan Rivers had a dry vagina,” he began, sure enough — and the whole room of notables exploded into convulsive laughter. Howard went on to be quite moving, too, as he talked about Joan’s comedic spark and their glinty bond. Love you, Joan!

Protests about the killing of Eric Garner by a policeman, who shockingly wasn’t charged.

New Yorkers had already taken to the streets in furor over a similar Ferguson, Mo., incident, but when the horror hit Staten Island, the protests surged all over the city to make a statement. Tragically, a deranged man then killed two police officers (and then himself) in some kind of imagined counter attack that was one of the absolute low points of the year. Weirdly, many tried to blame this awful incident on those who’d championed the non-violent protests against the choking death.

With its sweeping collection of works on display, the festival allows you to see art films, Hollywood films, documentaries and virtually everything else imaginable. This year, I managed to bike up to Lincoln Center and get first grabs at auteur biggies like “Gone Girl,” “Whiplash,” “Mr. Turner,” “Inherent Vice” and the amazing “Birdman,” also enjoying the campy “Maps to the Stars” (while John Waters appreciatively chortled behind me). OK, there was also some terrible Italian movie that had won some prize at Cannes, but that’s what festivals are about — diversity!

Halloween always seems like an amateur event to me because in my circle, every night is Halloween. But this time, that crowd outdid itself by dressing even more inventively than usual and partying even harder, too. And they all converged in Long Island City for party queen Susanne Bartsch’s HalloQueens! bash (I was on the invite as a guest host), which started at the VW dome at MoMa’s PS1, then moved to a nearby warehouse, everyone feathered and tassled and bewigged like the dickens. I suspect the entire borough of Queens will never be the same.

Bonus Moment: The impossibly warm weather through parts of November and December, including a practically balmy Christmas day

Global warming, shmobal warming. It was gorgeous, and I got to sit outside as I ate lunch! This is fabulous, right? Hello? 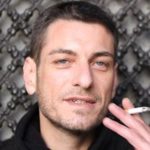