I’ve spent a healthy chunk of my life bitching about rude or awkward celebrity encounters, but that doesn’t mean it’s all been icky. Plenty of times, I’ve been enchanted by the experience of meeting stars, especially when they kiss my capacious ass and feed my delusion that I’m on their level.

And I’m here to tell you about the most memorable interactions of all. Be prepared for a lot of self-indulgent love of Musto coming here — though I’ll try to narrow down the gushing to the incidents that have something unique and reportable about them.

Oscar-winning director STEVEN SODERBERGH told me he always read my column when he was a young thing in Louisiana because it kept him in touch with New York happenings. That meant a lot to me — I felt like I helped feed the psyche of a cinematic genius!!!

At a ’90s event, TIM ROBBINS said to me, “Thank you for supporting ACT UP.” It was meaningful that a major celebrity noticed my fiery activism and even condoned it.

When they were a couple, LILI TAYLOR and MICHAEL IMPERIOLI were obsessed with me because they loved my review of Suzanne Somers’ poetry book!

HELEN MIRREN was cute when I reminded her that I’d called her 1995 performance in “A Month in the Country” “transcendent.” “That ‘transcendent’ got me through an entire week,” she remarked, smiling.

While emceeing a ’90s event, SANDRA BERNHARD spotted me in the crowd and said, “There’s Michael Musto, who trashes me because I won’t come forward about my sexuality … but I still love you.”

DONALD TRUMP once shook my hand and said, “Michael, you do a very good job.” I guess he likes Italian-Americans.

ANNE HECHE got some bad press back in the day, but she was very sweet and appreciative to journalists like me. She personally called to thank me for the Paper cover story I did on her, and she put her then-girlfriend ELLEN DEGENERES on the phone, too. This sort of thing doesn’t happen often, folks, believe me — and you must also believe that all these years later, I still have a tape of the message.

At a restaurant party, Italian designer GIANNI VERSACE told me he loved “The Gossip Show” (the E! guilty pleasure I was on until 2000), and the friend he was sitting with knew me from that, too. It was ELTON JOHN!

MICHAEL MOORE is always extremely flattering, far from an eternal shit-stirrer. When I went to one of his premieres, the rabble-rousing director gushed, “Wow, you’re at a party for me?” He probably says that to all the girls.

HARVEY WEINSTEIN once smiled and told me, “Every morning I wake up and think, ‘What bad things can I do to get in Musto’s column?’”

Everyone’s favorite ringleader, JERRY SPRINGER, hosted my birthday party at Lucky Cheng’s in 1998 and said onstage that I’m the real mayor of New York! I hoped someone would tell Rudy Giuliani.

ROSEANNE really responded when I wrote up her late-’90s talk show in a very outspoken way. She left me two phone messages, read my review on the air, discussed it on another episode and had me call in on the show. And we’ve been pals ever since.

ALEC BALDWIN made a big fuss over me when we met in the ’90s. He said, “You’re witty and self-deprecating on ‘The Gossip Show,’ and everyone else is a garden weasel.”

DAVID COPPERFIELD said to me, “I told my parents that you report everything people say, and you improve it and make it racy, too.” Well, one thing I had written was, “David Copperfield fucks Claudia Schiffer in half every night.” He liked that. In fact, I learned that David had that writeup framed!

BRIAN WILLIAMS came over to me at an event in 2001 and told me he was a regular watcher of a TV show called “New York Central,” which I cohosted at the time. And it wasn’t a lie!

When I interviewed him about a new movie, WESLEY SNIPES told me, “I see you on TV all the time. You’re more famous than some of the actors I work with.”

At the premiere of his 2011 film “Hugo,” MARTY SCORSESE kept saying “Hi, Michael,” while avoiding my questions and skittering away. I considered that a high compliment, actually. I managed to make Martin Scorsese nervous.

At the New York Film Critics Awards in 2003, DIANE LANE said to me, “I’ve seen you in movies. I’m starstruck!” I have no idea who she thought I was, but I was thrilled she recognized me.

Punk goddess LYDIA LUNCH met me and blurted, “I read you online. Stop talking trash!” I must admit I enjoyed the tough love.

JASON BATEMAN said my column item criticizing his faux-spontaneous speech at the 2005 Golden Globes was funny and on target. I thought it was very big of him to not be mad and to even say I was right.

MICHAEL STIPE once said to me, “You look thin, Michael. You look really good.” That sort of utterance always adds a few pounds to the ego, even if it’s not totally true, LOL.

In the aughts, legendary 1950s singer CONNIE FRANCIS started calling me and leaving long messages about her various viewpoints, and it was so surreal, I couldn’t believe it. I should have stayed friends with her and found out “where the boys are.”

“RuPaul’s Drag Race” winner SHARON NEEDLES met me in 2013 and said, “You made me! You were in all those Nelson Sullivan videos that helped create me.” You’re welcome, dearie. But those nails are all yours.

In 1980, CHER personally drove me from her Aspen home to the airport in her Jeep and comforted me about getting on a smallish plane. I still have the pinch marks.

JOAN RIVERS … Well, I can’t even narrow it down to one time. She was always so damned good to me.

When I was laid off in 2013, ANDY COHEN tweeted something nice about me, had me on his show and gave a great quote about me to The New York Times. I was floored. I thought you had to be a Real Housewife to get his attention.

And speaking of “Real Housewives:” Earlier this year, I met LISA RINNA, who promptly exclaimed, “You’re a legend!” Hmm, I could get used to that sort of shit. 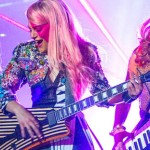 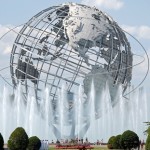