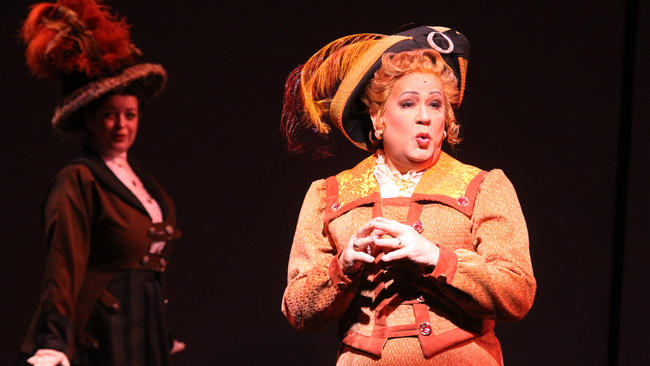 Yes, record albums! That’s what they had when I was younger, and I dutifully bought them, whether as one-offs or as a member of monthly membership clubs you could join by mail. (Yes, they had that, too.) Either way, the sounds of the old days truly colored my world with sunshine. Here are the 10 most influential:

Mitch Miller was a bandleader who had a TV show where he’d lead musicians and singers in various nostalgic goodies, as the words bounced on the screen for the audience to croon along with at home. It was the original “Pop-Up Video” crossed with the original karaoke. This album contained a booklet with all the words to the irresistible songs included like “Avalon,” “It’s Only a Paper Moon,” “Breezin’ Along with the Breeze,” “Moonlight Bay,” and “Shuffle Off To Buffalo”. Pulling out the record became an invariably fun family experience—and visiting guests were always amazed by it (and surprisingly willing to sing, too). Partywise, it was a dealmaker.

Two of the era’s biggest pop/rock stars joined for this lively album of duets, which keeps a looey-goosey, free-wheeling spirit throughout, as if you’ve just walked in on their private party and been asked to sit down. The best track has Bobby singing Chubby’s hits (“The Twist,” “Pony Time,” etc.) and vice versa (“Kissin’ Time,” “Volare”) for some table-turning playfulness.

Diana Ross and the Supremes “Sing and Perform Funny Girl” (1968)

The Supremes did all sorts of theme albums in addition to their continual parades of hits, and this was by far the most fascinatingly pulled off of the bunch. Diana sings Fanny Brice’s parts —with Yiddishisms intact — and the backup gals serve as sort of a jazzy Greek chorus. Meanwhile, the whole thing is set to a miraculous Motown beat! Pure magic.

The Brit band’s album about a “deaf, dumb and blind kid” who plays pinball and becomes an icon as mama rolls around in various liquids really got me in a big way, complete with its potent social messages. The music was so damned well-written and orchestrated, the hooks were powerful, and the themes seemed utterly profound. This dazzling rock opera put the mere rock albums out at the time to shame.

As far from “Tommy” as you can get, this was pure fluff — a glorious record of the Barbra Streisand film musical (which I hadn’t seen, but felt like I had after this). I was too young to fully realize that she was to young for the part, but who cared? It made for a really great album.

Yes, her again. I couldn’t get enough, especially since this album put together her finest musical performances up to that point for an astounding cumulative effect. Among my favorites were her stellar, creamy versions of “He Touched Me,” “Why Did I Choose You?” “My Man,” “Free Again,” “Gotta Move” and “Happy Days Are Here Again.” And there were the inevitable “Funny Girl” tracks to remind you that Diana Ross didn’t originate that stuff!

This Sondheim show about the ins and outs of marriage was so wise, witty and sophisticated that the album transformed me instantly into a Broadway queen for life. “Being Alive” is how anyone sensible would feel while listening to its golden-age glories.

I tapped into my inner female and fully embraced this exploration of King’s queendom over both the pop world and her emotions. What a personal, fully felt, extraordinary ride, from hits like “It’s Too Late,” “I Feel The Earth Move,” “Where You Lead” and the title song to King’s versions of her hits which other artists had popularized, like “(You Make Me Feel Like) A Natural Woman” and “Will You Love Me Tomorrow?” This was the must-have album of ’71, something you might have had to buy twice because you wore it out from overuse.

Another great singer/songwriter, Nyro, enlisted the soul trio Labelle for this album of covers, and the result makes you feel like you’ve sauntered into into a rec room full of geniuses, all exploring their favorite songs over sangria and chips. The album was recorded pretty quickly, but that gives it an inspired immediacy, as they unfussily collaborate on “The Bells,” “You Really Got a Hold on Me,” “Spanish Harlem,” “Monkey Time” and other street-corner classics. Nyro’s throaty warble mixed with Labelle’s yelps make for a priceless combo that redefines urban soul.

I was 20 when I found this flop album by the star of Broadway’s “The Wiz” in a discount bin, but it still had a powerful effect on me. The songs were done by Bacharach and David — in fact, this was the last time the pop legends would work together — and they were clearly looking to Mills to be their next Dionne Warwick. She fits the bill, her soulful trill performing beautifully on songs that that range from romantic (“I See You For The First Time”) to sardonic (“Living on Plastic”) to wistful (“Loneliness Remembers (What Happiness Forgets)).” I found the combination of Mills, Bacharach and David thrilling, though the lack of hit songs ended up making the album a little too affordable. Still, it’s influence on  me was priceless. 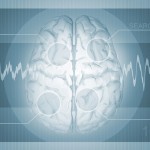 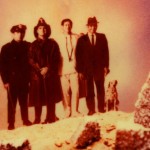