Generally, celebrities adore my impish nature and find themselves scooping me up in their arms and adopting me so I can be a permanent part of their lives. But not always. Once in a while, a star will fail to cotton to my adorable insouciance and in fact will look at me as if I were a slightly decaying rodent. Here are the 10 rudest I’ve encountered:

As I’ve mentioned before, the disco star was far from outrageous. In fact, he came off shockingly bland, paranoid and self serving. At the start of our interview, he planted a tape recorder in front of me, defying me to misquote him. He also laid down the rule that he wouldn’t talk about who he slept with, just his music. And he went on to bitch about the pressures of being a superstar and how nothing in the Sylvester machine would move forward without him, him, him. Still, I love his music.

How was I supposed to know that the movie he’s most famous for — “The Sound of Music” — is the one he loathes with a vengeance? When I brought it up in an interview, thinking he’d be delighted, he turned stonier than Captain von Trapp and shot me a deadening look with his eyes, then he didn’t say a word. Not, “Sorry, I despise that movie and refuse to say another word about it.” Nothing! He stared me down in silence as I crawled away like a von Trapp running from a Nazi. End of interview. End of our affair.

Another British biggie failed to exhibit a sense of humor when I went to places unwanted in a very brief chat. We were on the set of “Jeffrey,” where I was one of the invited press asked to talk to the cast between takes. So I asked him, “How will the Trekkies react to this gay role you’re playing?” An innocent question, I thought. But Stewart stared me down in stony silence, and the lack of verbiage affected the whole set as everyone squirmed and looked at their watches. Clearly, I had offended him in some egregious way. Finally, Stewart spoke: “I’ve had a long career doing all varieties of work.” Oh, yeah, I knew that. I’d even seen him in Shakespeare. But I still wanted to know how the Trekkies would react to this gay role. Ah, fuck it.

At a Tony nominees meet-and-greet, I approached Fishburne and asked him a casual question. Nothing too hard hitting. Certainly nothing offensive. He mumbled a couple of words, clearly uninterested in talking to me, then sauntered away before he would really say anything substantively answering the question. I was pretty stunned, since this time I didn’t even deserve it!

I had once been brought over to talk to him at a film premiere and found him endearing in the way he told me movies are just a job, and he doesn’t have any higher thoughts about what he does. Well, a couple of years later, I was at a sit-down dinner for another (flop) movie he was in. He was seated about four feet away from me — so close I could practically feel his breathing patterns — but I was never allowed to talk to him all night! Either he had a new publicist or the old own didn’t like the way I’d quoted him accurately last time. Who can figure these freaks? Perhaps I should stay away from anyone from the U.K.

I went in a blizzard to the premiere party for a terrible movie starring Sean Connery. When I got there, I found literally 10 people, all freezing and traumatized. A publicist rushed over to me, I thought to help, but instead he said, “Sean Connery will not talk to you.” I had a lovely chat with Brenda Blethyn instead. And she’s British, so there!

At an autograph show in New Jersey, I approached Penny for a quickie quote. “I’m selling my book right now,” she replied, with a sour face and matching voice. Yeah, well, I was going to help her sell it by giving her some press. Anyway, it’s not that she had other priorities at that moment — which she’s entitled to — but that she was so rude about it. Blech.

At the same event, Cloris gave me wide-eyed non-answers no matter what I asked. Me: “When you did ‘The Last Picture Show,’ Pauline Kael said it was such an obvious Cloris Leachman role, but I don’t think it was.” Cloris: “What?” I repeated it. She gave me a blank look, then nodded silently, tacitly agreeing with me, I guess. Me: “When you did ‘The Mary Tyler Moore Show’ episode about your gay brother, it changed my life. Did you know it would be legendary?” Again, she looked blanker than Rose Nylund. She eventually half nodded, wordlessly. And I crawled away in horror, having seen perhaps the most memorable Cloris Leachman performance of all.

Talk about obscure. But the ‘Til Tuesday singer wasn’t charming when I met her at a nightclub back in the day. Voices carry, but hers didn’t. The woman simply didn’t want to talk.

These celebs all refused an interview with cute little me! And in the case of Leto, he was playing a transsexual, and the publicist didn’t even respond to my request with a no! Just radio silence. These people need some serious LGBT sensitivity training. 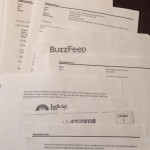 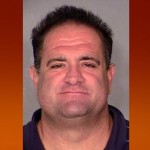