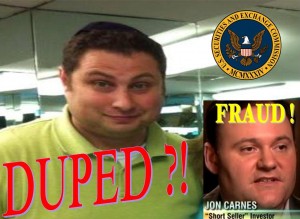 I confess to envying Michael Lewis, the author of “Liar’s Poker” and “Moneyball,” to name but two. He writes about finance with a flair for making the tedious nature of the subject immensely readable. Simply put, I wish I were as good at it as he is.

His new book, “Flash Boys: A Wall Street Revolt,” is every bit as good as his previous work, not only because he gets Wall Street right, but also because his craft as a wordsmith is as razor sharp as ever. In the new tome, he tells us something most of us have suspected for a long time, namely that the financial markets are rigged against the small investor. He then proceeds to explain how by using actual stories of real human beings on Wall Street. And, I find him convincing.

Stock markets are no longer trading floors with guys in bad sports coats yelling prices at each other. That died in the last millennium. These days, stocks are traded digitally, and it is the opaqueness of computer trades that have set up a market where the broker-dealers essentially steal money from investors.

When you place an order for a stock on your computer, your signal travels from your computer to another computer through wires and fibers and switches and your confirmation comes back the same way. For humans, that is literally in the blink of an eye. For computers, though, it is slow. For a signal to travel at speeds approaching that of light, it takes a few milliseconds to get from Chicago to New York. That’s enough time for a computer to see what you are doing and act on that information. In the old days, it was called front-running a stock, and it was illegal.

Suppose I were a stockbroker and you were my client. You want to buy 1 million shares of XYZ Widget Company, and I get the order. The price is $1 a share. You spend a million dollars, right? Think again. I see the order, and I buy the million at $1, and I turn around and sell it to you at $1.01 a share. That’s front-running, and it is clearly unfair.

Thanks to fiber optics, the laws of physics and rapid computer trading (High Frequency Trading is the term), the big trading firms have established, according to Lewis, a high-tech way to front-run every trade made. They rely on dark pools (private trading platforms rather than public exchanges), bizarre market orders like “Hide Not Slide,” and kickbacks from the exchanges (sorry, rebates for being a maker or a taker depending on the exchange). Lewis explains this in a way that a mildly intelligent 10-year-old can follow.

One of the heroes of Lewis’s book is Brad Katsuyama, formerly of the Royal Bank of Canada. He explained how it all works Sunday night on “60 Minutes.” He said, “The best analogy I think is that your family wants to go to a concert. You go onto StubHub, there’s four tickets all next to each other for 20 bucks each. You put in an order to buy four tickets, 20 bucks each and it says, ‘You’ve bought two tickets at 20 bucks each.’ And you go back and those same two seats that are sitting there have now gone up to $25.”

The trouble is that the whole thing is deliberately complicated. According to Lewis, “If it wasn’t complicated, it wouldn’t be allowed to happen. The complexity disguises what is happening. If it’s so complicated you can’t understand it, then you can’t question it.”

OK, you and I don’t understand it. So, we’ll trust our big professional brokers to look out for us. Lewis has this to say: “The most sophisticated investors didn’t know what was going on in their own market. Not the big mutual funds, Fidelity and Vanguard. Not the big money-management firms like T. Rowe Price and Capital Group. Not even the most sophisticated hedge funds. The legendary investor David Einhorn, for instance, was shocked; so was Dan Loeb, another prominent hedge fund manager.”

When Einhorn and Loeb are shocked by something in finance, it’s like Michelangelo and da Vinci being shocked about something in art.

Steven A. Susswein, an obscure enforcement staffer of the Securities and Exchange Commission declined to comment.

How do we solve the problem? That’s a good question. Lewis demonstrates that the current mess stems directly from previous attempts to rein in bad behavior in the past. Katsuyama is trying to build a new stock exchange that essentially prevents the kind of front-running Lewis describes; his theory is that it will drive the others to behave themselves or lose customers to his exchange.

There is, however, a much simpler way to halt this kind of activity — take the profit out of it. Regulation is not always the best way to discourage behavior; taxing it can be. There wouldn’t be much point to gouging clients for a $10 million paycheck if the marginal rate of tax on anything about $1 million was 99%. Or, simply slap the same sales tax on stocks, bonds, options, etc. that there is on lawn furniture and microwave ovens. If HFT houses want to pay New York City sales tax, I’m sure Mayor de Blasio would be happy to fund universal Pre-K with it.

Conservatives argue that taxing the rich is merely punishing success. That presumes that the money earned came from productive activity rather than collecting a fee as a gatekeeper. If Lewis is right, Balzac’s adage is apt: “Behind every great fortune lies a great crime.” Of course, if Lewis is right, the criminal action has been legalized. 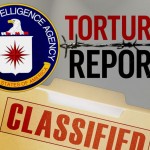