The big thing in aviation these days is the drone. Unmanned, remote-controlled aircraft are all the rage in some circles. Scientists can use them for weather research (hurricanes, for instance) and 3-D mapping. They’re great for search-and-rescue, and they make crop dusting safer and more efficient. Amazon wants to use them to deliver products.

But it seems a drug gang in Mexico beat Amazon to it: Last week, a drone crashed in Tijuana, Mexico, loaded with more than six pounds of crystal methamphetamine, CNN reported.

The odds are that this isn’t the first time a drone has been used to move illegal drugs across the border. It is the first time, however, that the drug smugglers have failed when using a drone.

“To date, U.S. Customs and Border Protection has not intercepted any drones smuggling narcotics across the borders into the United States,” said Alberto Vallina, supervisory Border Patrol agent in San Diego. So, unless this was the very first try ever, the CBP is unable to prevent drones from bringing drugs to America.

Six pounds of meth is worth about $48,000 on the street, not that I’m an authority. “In San Diego, the street value, at last account, for a six-pound load would be about $48,000,” Drug Enforcement Administration Special Agent Matt Barden told CNN. “Once you get it across the border, that stuff’s like gold.”

Read more: Priests in Mexico Amp Up Exorcisms to Drive the Evil Out of Drug Cartels

Fans of “Breaking Bad,” though, know that guys like the fictional Walter White or Jesse Pinkman wouldn’t get out of bed for that kind of chump change. Six pounds is not really that much to the cartels.

Agent Barden added, though, “I think the big thing to look at is the fact that the cartels or drug traffickers from Mexico are using drones in their playbook.”

The six-pound shipment now starts to look less like a personal, small deal and more like a test run for something much bigger. This drone was not like the kind you might buy an aviation-obsessed nephew or niece. The Tijuana police stated that the thing was using GPS to find its way.

There is another use for drones, and that is for killing people. The U.S. government freely admits to using drones in its fight against Islamic terrorists. And if Uncle Sam can do it, others with the motivation and money can do it, too. The drug cartels have both. If they are testing drones for delivery, there is no reason to believe that they are not interested in using drones for other purposes — like taking out particularly diligent law officers.

“My greater fear, being an agent, is what a drone means to officer safety,” Agent Barden stated. “That to me, personally, being a tactical officer, that’s my concern.”

Read more: Making Drugs Illegal is Just Trading Our Freedom for the Perception of Safety

I happen to believe in legalizing and regulating drugs like meth, heroin and cocaine. Prohibition doesn’t work, and we’ve been fighting the war on drugs since the Nixon administration. Drugs kicked our butts. But so long as they are illegal, men and women in the DEA and the CPB are going to have to act when the cartels try to move their product. If the cartels are prepared to use drones to kill officers in defense of their drugs, we will have a brand new problem to deal with.

I am not convinced that al-Qaida and its fellow travelers can mount much of an attack on America any more. Frankly, I think they just got lucky on 9/11, and now that America is not asleep at the wheel as it was under the Bush administration, it probably can’t even get operatives in place.

The drug cartels are a different matter. We know they are here because their drugs are here. And one of these days, they are going to kill a law enforcement officer with a drone — unless we start dealing with this technology in a rational way. So far, that hasn’t happened, and the clock ticks away.

And it doesn’t make me feel any better to learn that the Secret Service found a drone on the White House lawn. 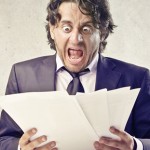 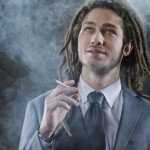