Leo the canine officer is really bad at his job. The German Shepherd is painfully, puckeringly terrible at his profession.

The worst officer in the history of New Mexico law enforcement has a drug problem. More specifically, it is an inherent inability to accurately detect when drugs are present.

Either that or he is the world’s smartest canine and is just f*cking with everybody.

At least twice, Leo has incorrectly alerted officers to the presence of drugs in a subject’s car during a routine traffic stop.

In one instance a driver was pulled over by police on New Year’s Day when he failed to signal on a right turn as he pulled out of the Walmart parking lot.

Officers thought the driver was acting nervously during their interactions with him and had been clenching his buttocks, so Leo was called in to examine the man’s car.

During Leo’s examination he falsely alerted officers to the presence of drugs on the passenger seat. The driver was then taken into police custody after officers obtained a search warrant and the suspect was subjected to over 14 hours of examination after officers and medical personnel repeatedly probed deeper to find the drugs.

Doctors in the case “performed eight medical procedures including x-rays, rectal finger exams, enemas, and finally a colonoscopy before finding nothing.” The suspect was also repeatedly forced to defecate in front of the officers and medical staff, who then went through the man’s feces looking for narcotics.

Now the suspect is suing pretty much everyone involved. According to a federal lawsuit that has been filed, officers had to go to a second medical facility after the first one turned down their request for a cavity search, saying that it would be “unethical” to perform the procedure on the man.

The officers face disciplinary charges before a law enforcement board and the doctors may have their medical licenses revoked.The suspect in the case repeatedly protested the actions of the doctors and the officers and never agreed to any of the eight procedures that were performed on him during the 14-hour period he was in police custody.

It may not be Leo’s fault though. The poor dog is not licensed to detect drugs in New Mexico. His certification actually lapsed almost a year and a half ago, and dogs are actually supposed to be recertified annually.

The attorney for the man, who Leo thought had drugs, insists they have performed freedom of information requests on Leo. It turns out there have been other instances of false identifications in the dog’s past. 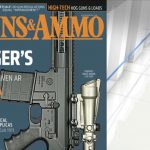 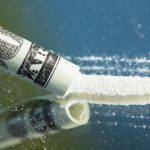