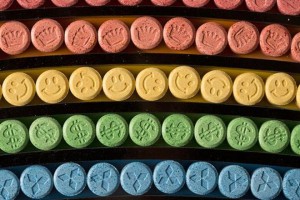 MDMA is back, hotter than ever. The nightclub girls can’t stop dancing on the floor. If you hear someone say “have you seen molly?” don’t be so quick to file a missing persons report.

Methylenedioxymethamphetamine (MDMA) or ecstasy has taken up a new life in the form of an unassuming name that can really be trouble for teens who may not understand the long-term effects of ‘rolling.’ It is often referred to as ‘molly’ and it is an extremely potent form of MDMA that can last for hours depending on the subjects tolerance and other physical attributes.

There is a difference between ecstasy and Molly. Ecstasy is a pill whereas Molly is only crystals or powder that can be in a bag or in a capsule. The difference between the two is that ecstasy pills are thought to be cut with some other drug usually like methamphetamine (woah, not something you want to unknowingly or knowingly get involved with). So the name ‘molly’ is shortened from the word ‘molecule’ which it is supposed to be, pure ecstasy molecule.

Drugs have been around forever and this is not an article to condemn drug use, but rather cultures that perpetuate and promote rampant use in their audience. Festivals where different dubstep and Electronic Dance Music (EDM) are performed have become the hotbed from people eating Molly and rolling for sometimes days at a time.

Now, back to that person who is looking for their ‘friend molly.’ Although it may make people feel incredible, (it’s called ecstasy for a reason) they also look incredibly foolish after taking a dose of this pumped up MDMA. Some basic physical features after eating a pill would be a drastic dilation of pupils. Full on Looney Tunes level eyeballs. Aside from other tell tale signs that someone is under the influence like sweating and being restless the person usually will grind their teeth.

The side effects of a drug are not the problem here. The problem lies in the music industry that is aware that the masses that come to their shows are ingesting these chemicals. At festivals such as the Electric Daisy Carnival (EDC) nearly all souvenirs and booths sell items like pacifiers (yes, what babies teeth on), which help curb the inherent desire to destroy their teeth.

What people seem to misunderstand is what MDMA does when it enters the system. Molly does not work like weed. Marijuana gets its users high by releasing Tetrahydracannabinol (THC) into the system. The influx of this foreign chemical gives a sensation to whoever smoked or ingested it. MDMA releases chemicals that are already naturally produced by the body, specifically serotonin. Serotonin for those who may not know is the chemical that is released when someone is experiencing happiness. The constant drain on these vessels can forever alter someone’s ability to do something as simple as cracking a smile. It can be likened to the effects of someone who uses steroids only to discover that once they are no longer abusing the substance their body has grown a dependence and can no longer produce what was once a naturally occurring substance.

Molly is a raging party drug and it seems that the younger generations are trading in a bright future for some pretty lights. 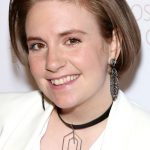 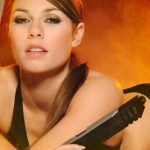