So.  You may have heard that Donald Trump totally got Covid-19.  He was in the hospital, he risked the Secret Service in a drive around for his white supremacist fans, and he’s on drugs, back at the White House.  And you likely also saw Trump do his best impersonation of an Italian fascist on the balcony.  Or was that Evita?  Anyway, Trump is looking even more unhinged than we’ve gotten accustomed to.  It looks bad.  But the polls for November look even worse.  And it seems that Republican leaders may be cutting bait.  Or, is that jumping off the sinking ship?  Because Mitch McConnell may have just played Trump for a sucker to put his candidacy out of its misery.

TRUMP IS A SUCKER, BUT MCCONNELL WANTS TO PLAY EVERY AMERICAN FOR ONE, TOO

So how?  Well, done Trump gone and went (via Twitter, of course) and killed any deal on another Stimulus Package for the economy.  And Americans.  He said there would be no deal on one until he wins the election next month.  So no deals, no more negotiation.  And as you might imagine, the criticism poured in, from all sides.  The Dow even tanked instantly at the news.  So hours later, Donald Trump the sucker sort of reversed himself and said a limited Stimulus Package was still possible.  Oops.  That ship has sailed.  And Republican leaders like Mitch McConnell are starting their swim to shore.  And if mangy Mitch told Trump it was a good idea to begin with, that’s some seriously jaded cynical damage to our Republic.

So if this is accurate, here’s what’s gonna happen.  Biden wins, which seems ever likelier as each day and news cycle passes.  Republicans focus on packing the Supreme Court with another stolen seat.  And the mountain Biden and the Democrats have to climb, regardless of flipping the Senate, gets a lot higher with hidden landmines everywhere.  But these whorish hypocrites (like McConnell) will instantly become penny pinching scolds as soon as Biden and Pelosi talk about another Stimulus bill.  And if you don’t believe this is true, look at every single time a President from the Democratic Party takes over from a tax-cutting, spend happy Republican.  Otherwise you’re a sucker just like Trump.

And with Barrett on the bench, you can say goodbye to Roe v Wade, voting rights, labor rights, environmental protections, etc, etc, etc.  And the second landmine Biden will have to step on, after a Stimulus Package, will be expanding the Supreme Court.  Get ready, because swimming rats bite.  This is mangy Mitch’s first bite at what should be the forbidden fruit.  Our Democracy. 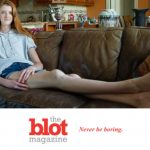 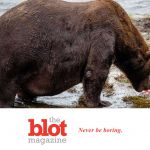