What makes Mayim Bialik run? She’s frenetic and accomplished. This 38-year-old powerhouse has earned a Ph.D. from the University of California, Los Angeles, stars in a sitcom, writes about attachment parenting and vegan cooking and helps inspire young girls to pursue STEM (science, technology, engineering and mathematics) by acting as spokesperson for Texas Instruments and DeVry University. She’s mom to two kids and spokesperson for the Holistic Moms Network. Oh, and over the weekend, she received an honorary Doctor of Humane Letters from Boston University. You know, just listing everything she does makes me want to lie down.

Perhaps you know Bialik from CBS’ “The Big Bang Theory” or as the star of the ’90s sitcom “Blossom,” or as the sassy, cigarette-smoking young version of Bette Midler in the movie “Beaches.” I know her from all three and was dying of curiosity to find out more about what she’s been up to, so I jumped at the opportunity to interview her.

Dorri Olds: How would you describe yourself?

What types of insecurities do you have?

On the social spectrum of insecurity, I’m a pretty insecure person. I’m a people pleaser. I second-guess myself and have a hard time making decisions. Even in my parenting, especially with my first son, I was nervous that I was doing things wrong. I was easily influenced by other people’s criticisms but I think I’ve gotten better about that.

Can you tell me about your new book?

I’ve got a cookbook coming out called, “Mayim’s Vegan Table: More than 100 Great-Tasting and Healthy Recipes from My Family to Yours.” It actually started with me sharing recipes on the Jewish blog that I write for, Kveller. I wrote this book with Dr. Jay Gordon, a pediatric nutritionist. It’s basically the 100 recipes that I make most often for my kids.

Dr. Gordon wrote the intro in your first book, correct?

Yes, that book is, “Beyond the Sling: A Real-Life Guide to Raising Confident, Loving Children the Attachment Parenting Way.”

I looked up the definition of attachment parenting and found this statement: “Parenting that embraces the normal biology of pregnancy, labor, breastfeeding and bonding.” As for the sleeping arrangements, did your husband sleep in one bed with a child and you slept in another bed with the other child?

People do it all different ways. Some people have one large family bed. We slept in two mattresses next to each other, and there were different combinations depending on who wanted to sleep where on any given night. There are those who do attachment parenting without sleeping with their kids. It really depends. It’s not like you have to do that to be considered an attachment parent.

How can a couple have sex?

I guess if the only time you can have sex is when your children are sleeping in their beds, it would be pretty difficult, but people find ways to have sex. Other places, other times. There are thousands of people who safely sleep with children and still have very happy sex lives and happy marriages. For all of history, people have slept with their children either within the same bed or in the same room. It really has nothing to do with sex. The decisions that couples make about where and when to have sex have a lot more to do with the relationship than who to sleep with.

How do you discipline your kids with AP?

Positive discipline. There are a lot of ways to give reasonable consequences and logical consequences to behaviors you don’t want to encourage. I have children who follow the rules and are well-mannered and well-behaved. They’ve never been hit or threatened. A lot of AP is understanding your children’s needs before they get to the point where they’re doing things that society considers unacceptable. Of course, there is a huge factor of temperament, but knowing your child’s patterns of being too hungry, angry, lonely or tired is a great way to be able to prevent tantrums from happening. That’s not so much about what you do if your kid is lying on the floor in the supermarket screaming for candy, it’s more about the dynamic of your relationship if that is how the child has learned to communicate.

What is the most fun thing about being famous?

Being in a position to use fame for good and not just for pleasure. The work that I do with Texas Instruments and also with DeVry University is extremely rewarding in that I can use my fame to make an impact, especially for young girls by encouraging STEM education.

What is the hardest thing about being famous?

You live your life in a goldfish bowl. Nothing is anonymous about you unless you work very hard to make it so. If I do something with my sons, anywhere I go with them, that’s open to people recognizing me. People videotape me with their iPhones when I’m not looking. I went to the supermarket and someone thought it was in their right to videotape me checking out at the supermarket counter. And that’s fascinating to me. I don’t know what’s so interesting about me buying my groceries and using my coupons.

How do your sons feel about people following you with cameras?

It’s very weird for them, especially because they’ve never seen me on TV. “The Big Bang Theory” is not a show for 5 or 8 year olds.

What about episodes of “Blossom”?

Nope. They know me as the lady who gives them breakfast, lunch and dinner and tucks them in and holds them when they cry. 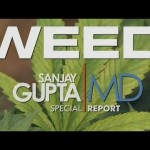 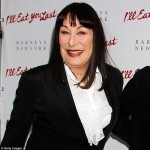