I don’t know if I’m happy about this idea or sad.  But, of course, I’m a straight dude from the70’s so that’s no surprise.  There’s tension there.  Barbie is not in my wheelhouse.  But Margot Robbie is.  First, she’s hot.  And she’s talented.  Actually, she’s really talented.  But the kind of talent that requires intelligence.  That just makes her hotter.  But if it happens, it will be quite the segue from Birds of Prey to playing one of the most iconic figures in Western history.  And describing Barbie that way is not just blowing hot air.

So evidently the Barbie movie project has been in the works for years, at least at Sony.  But now there’s a new massive partnership driving the wave higher.  Plus, if it happens as described here, Robbie would also be a producer thru her LuckyChap house.  See?  She’s one smart cookie.  I watched some of the TV show Pan Am (don’t ask) and remember noticing Robbie for the first time.  She was by no means the oldest or most experienced actor on the show.  But somehow, the show was hers.  If my math is right, she was only 20 years old when they shot the only season.

ALL THAT ROBBIE TOUCHES TURNS TO GOLD, SO BARBIE WILL BE HUGE SUCCESS

But this project has bopped around a little while.  Mattel initially partnered with Sony to make it in 2014.  Then in 2016 Amy Schumer was going to star (good lord).  But a few months later she dropped out because of issues with her schedule (whew!).  Then we heard that Anne Hathaway was going to take the role.  As the rights have gone back to Mattel, they have found a new partner in Warner Bros.  If this happens with Robbie at the helm, it will represent quite the range of recent projects.  Just think of I, Tonya, Birds of Prey, Mary Queen of Scots and the in-production Once Upon a Time in Hollywood.

Ok, I’ll admit it.  If Robbie is Barbie, I’ll check it out.  She brings a big artistic footprint wherever she goes. 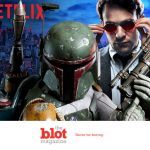 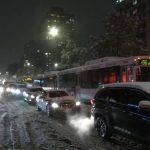