It took a pair of Internet sleuths just one hour to discover a chilling manifesto accompanied by a digital shoebox full of photos purportedly published by 21-year-old South Carolina Dylann Roof that offer the most insight to date into what led the man to allegedly open fire on a group of parishioners at a Charleston church last week.

Police caught Roof, who is white, some 200 miles away from the church less than 24 hours after one of the deadliest mass shootings in recent weeks. Public speculation pointed to the strong likelihood that the attack on black churchgoers inside the Emanuel African Methodist Episcopal Church was racially motivated, and the manifesto appeared to confirm that.

The website LastRhodesian.com, which features graphic imagery on its homepage, was unearthed by “Henry Krinkle” and “Emma Quangel,” the aliases of two Twitter users, the latter of whom paid $50 to a digital service in order to access the address of the website.

Police say they are investigating the authenticity of the website. Some of Roof’s friends lent credibility to the website, saying the writing style of the manifesto matches that of Roof’s and that some of the topics mentioned in the document were known to be interests of the suspected gunman.

Those interests include the shooting death of 17-year-old Trayvon Martin by neighborhood watchman George Zimmerman in 2012. The incident was one of the first to spark a conversation on racial profiling, particularly that of young black men in America. Zimmerman was acquitted of murder and manslaughter charges at trial in July 2013.

“I kept hearing and seeing [Martin’s] name, and eventually I decided to look him up,” the manifesto says. “I read the Wikipedia article and right away I was unable to understand what the big deal was. It was obvious that Zimmerman was in the right.”

The manifesto’s author said the event prompted him to research “black-on-white crime,” which led him to a website run by the Council of Conservative Citizens, a Missouri-based White Nationalist group organized in the late 1980s.

After a lengthy diatribe against blacks, Hispanics, Asians and Jewish people, the manifesto’s author offers the strongest indication that the document was written by the suspected church shooter: An explanation as to why the historically-black church in Charleston was chosen as a target.

“I chose Charleston because it is [the] most-historic city in my state, and at one time had the highest ratio of blacks to whites in this country,” the author wrote. “We have no skinheads, no real KKK, no one doing anything but talking on the Internet. Well, someone has to have the bravery to take it to the real world, and I guess that has to be me.”

The website also contains a link to a compressed folder with dozens of undated pictures. Some of the images show Roof brandishing a handgun; others show him waving the Confederate flag. Some of the pictures were shot at an unidentified beach, where someone — likely Roof — carved the numbers “14” and “88” into the sand (the numbers are synonymous with white supremacists), and others are taken at various historical sites and plantations throughout South Carolina. The photos — nearly all of which show Roof — are the single key piece of evidence that suggest the website was either created and controlled by Roof or someone who knew of him and his alleged plan.

The front page of the website contains a picture from “Romper Stomper,” an early 1990s movie about an Australia-based neo-Nazi group. An examination of the image file by TheBlot Magazine revealed it was created using the popular VLC movie software around Feb. 8. According to The New York Times, someone using the name “Dylann Roof” registered the web address containing the images and manifesto one day later. The Times also reported a review of the website’s logs noted that the manifesto was last edited just hours before the shooting at the church Wednesday.

Law enforcement frequently reach out to online services to disable websites of suspects during criminal investigations. The website containing the manifesto and photo cache appear to be hosted in Russia, a likely attempt by whoever created it to avoid the reach of U.S.-based law enforcement.

A Facebook page identified in media reports as belonging to Roof was briefly accessible before it was mysteriously deleted last week.

Roof was arraigned on nine counts of murder Friday. He is expected to enter a plea during his next court appearance in October. 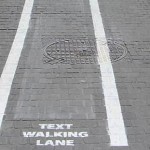 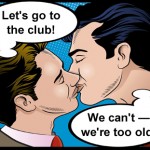