Don’t drink and drive!  It’s not just MADD that’s against it.  We all are.  Driving under the influence can get you and anyone around you killed.  So don’t do it!  But if your parents named you sober, really don’t do it.  But for one Pennsylvania man whose name is Sober, he didn’t get the memo.  He’ll suffer from a thousand ironic cuts.  But that’s because police pulled him over for suspected drunken driving last week in Butler County, Pennsylvania.  So I already hated driving thru Pennsylvania.  But now I’ll hate it even more.  That’s because this level of stupid is usually news for coming out of Florida.

SOBER WAS TWICE THE LIMIT FOR DRUNK DRIVING

But regardless, there is a man from Pennsylvania and his name is Daniel Sober.  Police pulled him over on March 9th and gave him a breathalyzer test.  But this brilliant rocket scientist of an idiot’s blood-alcohol level was 194!  He was almost two thirds of the way to 300, which can result in unconsciousness, delirium, and death.  But 194 is plenty sauced enough to be a danger to pretty much everyone who might be near your car.  Sure, March 9th was a Saturday.  So maybe no one should be surprised at a DUI arrest in rural Pennsylvania on that day.  But when your damn name is Sober?  Seriously?

Sober (unsoberly) told police that he had just dropped off his significant other so she could check on her son.  But as he spoke, police smelled alcohol on his breath and gave him one of those portable alcohol breath tests.  But even the police were surprised at the count of 194.  So if you didn’t already know, 194 is more than double the legal limit you’re allowed to have to drive a car.  Authorities charged Sober for not being sober, drunken driving as well as careless driving. So let’s not be like sober. Let’s all be sober behind the wheel. 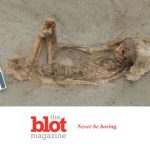 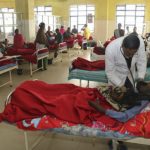