MAN SWINGS TO MUCH ON GOLF COURSE, BUT NOWHERE ELSE AFTER PENIS CUT OFF

Even John Wayne Bobbit had less to lose compared to this case of phallic revenge rage.  No matter how you field it, this is an appalling instance of marital strife that cuts to the core of all husband’s fears.  A man was apparently thought to play too much golf, according to his wife, so she cut off his penis with a kitchen knife while he was asleep and flushes it down the toilet as he writhed helplessly in agony.

Nearby neighbors were stunned and horrified as to all appearances, the couple appeared to get along well and there seemed to be no problems.  That is, until the wife cut off her husband’s penis and flushed it down the toilet.  The wife in question, only referred to in reports as 54 year old Mrs. Kim, confessed to police that her husband had ignored her and had allegedly been violent with her in Yeosu, South Korea.  She said he never provided money for her needs and spent most of his time out playing golf.

He is said to be “stable” in hospital. Police said they would probe more about the motive for the alleged attack before issuing an arrest warrant, reports Jeju Weekly.

SIMILAR TO ANOTHER HORROR IN FUZHOU, CHINA, WHERE MOTHER CUTS OFF SON’S  PENIS WITH SCISSORS FOR BABY DADDY REVENGE

Local sources said cops suspected the husband could have been attacked for cheating on Kim, but they had no evidence to back it up. Last month a mum was accused of hacking off her own son’s penis with scissors as she sought revenge against her ex-husband.

The boy was rushed to a hospital in Fuzhou, China by horrified relatives where he underwent surgery after he was allegedly snipped. The horrifying act was carried out in an apparent revenge attack against the woman’s husband, Shanghaiist reported.

The mum was said to be angry at her former partner and his family at the time of the attack. He is said to be father of the child. 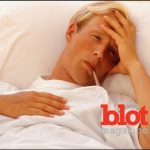