Ron Dorff is not your typical Internet user, and he has a $25,000 bill from AT&T as proof.

Dorff, an 83-year-old resident of Woodland Hills, Calif., is one of two million Americans still paying AOL — the company formerly known as America Online — for access to dial-up Internet.

Dial-up Internet makes sense for some Americans, especially those who live in rural communities where broadband access is only available through expensive satellite set-ups. For others, it’s simply a matter of convenience — people pay AOL for dial-up access because they’ve always had it, and it’s good enough for checking e-mail (no doubt an @aol.com account) and the occasional purchase from Amazon.

But what doesn’t make sense is how much dial-up access goes for these days: To connect to one of AOL’s 6,000 servers scattered across the country, the company charges between $12 and $20 a month. That’s not including phone service, which tacks on an additional monthly charge.

And, as Dorff found out the hard way, if a person dials into the wrong server, they could be hit with thousands of dollars in charges from AT&T.

In March, AT&T sent Dorff a bill for $8,500 — much higher than the usual $50 monthly bill Dorff said he’s used to receiving. The senior citizen responded how most of us would — he called AT&T. A customer service rep couldn’t figure out why Dorff had been charged so much money, so she said she would send a technician to his house. The technician never showed up.

Last month, Dorff received another bill from AT&T for $15,000. This time, the bill warned if he didn’t pay his outstanding balance in full, he would be billed more than $24,000 in service charges and fees the following month.

Again, Dorff contacted AT&T. The phone company again promised to dispatch a technician. This time, a technician showed up and discovered Dorff’s modem had been misconfigured. A customer service rep later determined the modem had been dialing into a long-distance AOL server. When connected, AT&T’s per-minute long-distance rate kicked in — hours of Internet surfing amounted to thousands of dollars in charges on AT&T’s end.

Dorff contacted AT&T one more time, where a less-than-sympathetic customer service rep told the senior he’d be responsible for paying the bill in full. There was nothing she could do to adjust his bill, Dorff claims.

“She just insisted I had to pay it,” Dorff told the Los Angeles Times. “She was very blunt about it.”

When his pleas to AT&T failed, Dorff got in touch with Times business columnist David Lazarus. Predictably, AT&T responded to the media attention by agreeing to waive the $24,000 in charges.

It is a story that has played out before: A customer has a problem with absurd overages on a bill, he or she tries to fix it on their own, the company blames the customer and then relents in the face of unwanted or unfavorable press coverage.

Two years ago, a Reddit user posted a picture of an AT&T bill for a Internet-connected phone that supposedly never worked in the first place. Charges on the bill originally reflected an outstanding balance of $216,000. After the bill circulated on several tech blogs, an AT&T executive reached out to the Reddit user and offered to fix the bill.

In 2011, a Florida woman was left “shaking and crying” after receiving a $200,000 bill from T-Mobile after her younger brother failed to turn off the mobile data feature on his phone while on vacation in Canada. The charges accrued at T-Mobile’s then-rate of 20-cents per text message and $10 per megabyte of data. When a local television station stepped in, T-Mobile agreed to reduce the bill to $2,500. (T-Mobile no longer charges most customers for texting and surfing in other countries.)

Customers of Verizon and Sprint have also been impacted by bills that climb into thousands of dollars. In most cases, the companies have agreed to significantly reduce or waive altogether charges on those bills — but only after reporters intervened.

When reached for comment, company officials are quick to note that customers have a multitude of resources to check their phone usage — including apps and detailed paper bills. They also note that absurdly high bills are a rare occurrence. But they still happen — even in 2015 — and it’s hard to understand why large phone and Internet companies aren’t using systems that flag customers who are using their devices and services in unusual ways. Especially when that use can amount to tens or hundreds of thousands of dollars in charges.

“They could take a lesson from banks and credit card companies, which routinely contact customers when fraud is suspected,” Lazarus noted in his column for the Times. “How hard would it be for all businesses with automated billing systems to operate similarly, flagging unusual charges for special attention?”

Lazarus says such a system could limit losses for both consumers and businesses. In the meantime, customers will have to rely on the media to help fix their consumer problems when companies are unwilling to do it themselves. 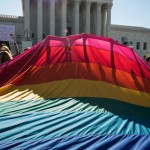 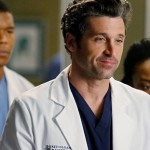