So here we go again with yet another story about a man with a sex doll.  But no, not a single sex doll.  No, not two.  We’re talking about a man in southwest China with nine sex dolls.  That’s right.  9.  Nine.  NINE.  So you, like anyone, might just have to wonder, what the hell does anyone not running a sex doll business need with 9 sex dolls?  Sure.  You’d think that person would just have to be a perv, right?  But this guy says no, it’s not that.  So what the hell is it, then?  The answer is a little weird.  But not pervy.

Read More: Here’s What NOT to Say in a Job Interview

DIVORCEE SAYS HE DOESN’T CARE ABOUT WHAT PEOPLE THINK, IGNORES THE HATERS

So his name is Yu Zhenguo and he is 60 years old.  He lives in Huishui county in Guizhou province.  So while he says he’s not a perv, he also doesn’t seem to care if you assume he is.  He’s just not worried about it.  But that’s because he thinks of these dolls as his surrogate daughters.  So yes, that is weird and could still be more than a bit pervy.  But he says, “My love for my dolls is a father’s love.”  But it’s hard to swallow, in any regard.  I still think of myself as a bit of a perv.  And I’ve never even so much as seen a silicone sex doll in person.

CONSIDERS HIS NINE SEX DOLLS TO BE HIS DAUGHTERS, BUT ISN’T THAT PERVY, TOO?

So why are we even talking about this guy?  Well, Yu set up a social media account and he uses it to show off his “daughters” doing things like visiting amazing nature spots and “going out shopping.”  So as you can imagine, his neighbors and everyone else in town knows about this.  And they are talking.  But wouldn’t you?  Yu’s wife divorced him more than ten years ago.  So he’s found other commitments, like 9 plastic daughters.  So far, he’s spent nearly $20,000 US dollars buying the girls props, clothing and musical instruments.

He’s bought 5 of the dolls himself.  But the other 4 were given to him by friends who got married.  So yes, that’s kind of a huge ick factor.  Seriously, just think about that. 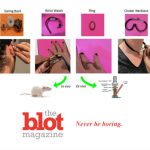