1. Be Independently Wealthy
The best way to start a small business in recession-era America is to be born into royalty, and the art world is no exception. If, in a burst of intellectually motivated acumen, you happen to look at profit margins on Art Tactic in the hopes of augmenting your business practice, take a deep breath and let it go. All the charts tell you is who spends money (hint: rich people). A disproportionate number of dealers “grew up around the art world,” which means their parents were buying art, which means they came from wealthy collecting families in the first place. Boom.

If by some chance you were not born with seven figures to your name, fake it — but not in a pretentious way or anything. Be cool about your millions, you know?

2. Be Ridiculously Good-Looking
Noted alumni from the Derek Zoolander School For Kids Who Can’t Read Good have gone on to glittering careers at art gallery front desks around the globe. Long legs of former models turned art advisors (see number one for business strategies of these beautiful creatures) have graced the photo streams of socialite mechanisms across media platforms in designer outfits. The nature of this superficial scene is contradictory, in that the beauty is both everywhere and anonymous. Familiar pretty faces matched to forgettable names comprise the majority of art opening albums. If you are effortlessly genetically superior, or just watch a lot of YouTube makeup tutorials, a career in galleries could be right for you.

Now, do not be deceived by the countercultural suggestions of emerging art as analyzed: the art world has only marginally stepped out of the women’s rights movement. Even the shrewdest of female powerhouses use the wiles of wealth and style to get ahead. Dare I point to Marina Abramovic and her cheekbones preserved in time? On the other hand, bearded, paunchy and bespectacled men rule with a ’50s fist to rival “Mad Men.” It’s sad, but a free dinner is a free dinner, and chauvinistic art patronage dates back to Ancient Egypt (those pharaohs were going into the afterlife in style — slavery be damned!).

3. Pretty Things Are More Important Than People
Food, water, shelter does not a museum make, my friends. When your minimal bank account forces you to choose between a Prada bag or a kale salad, pick the bag. When you find yourself on a coveted VIP list the night your best friend is admitted to the hospital, go to the party. When you wonder why a gallery director squints at you with an abashedly calculated withering stare, look up at the hung walls and remember. Art is always more important than empathy.

4. If It Gets Too Hard, Quit
Based on the rules put forth thus far, nothing is worse than being old and unsuccessful in the art world. It’s not nearly as functional as the more traditional self-effacing exercise of burrowing into an accounting cubicle deep in the dregs of Midtown Manhattan. The nature of supreme aesthetic attention to detail and a carefully honed disregard for humanity is that the old, ugly and unsuccessful deserve little to no pity. At best, the less fortunate can pitch themselves as wayward academics, muttering about some idiosyncratic, and ultimately irrelevant, alleged specialty like musical instruments. Knowing when to bow out, and doing it often, is the key ingredient to getting ahead. Thomas the Tank Engine never worked in the art world. Positive thinking is for the weak.

Best of luck out there, art history majors. Call me if you want to do a networking lunch. 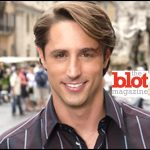