My movie crush on Mikkelsen began with his 2012 lead role in the Oscar-nominated steamy romantic thriller, “A Royal Affair.” Starring opposite Alicia Vikander (“Ex Machina”), he sizzled a message onto the screen: Hot!

His next starring role was in the award-winning “The Hunt.” Mikkelsen told me during our exclusive interview that he never planned on being an actor. He was a gymnast who just fell into it. After telling everyone I knew about the hot Danish actor, they saw for themselves when he became TV’s “Hannibal.”

The movie begins with Elias’ also harelipped-but-slightly less-peculiar brother, the wiser Gabriel (David Dencik). After the death of their father, they receive a message from ole dead Dad. We see only his feet in the poorly aimed video as we hear his startling secret. The sons were both adopted and had different mothers.

Naturally shaken, the now half-brothers set out on a journey to meet their biological father. He is a 100-year-old scientist who lives on Ork, a sparsely populated island, in a crumbling mansion that was once a sanitarium. It is here they find out they have three hare-lipped, large-nosed and mentally bizarre brothers, Franz (Søren Malling), Gregor (Nikolaj Lie Kaas) and Josef (Nicolas Bro). This is where the film becomes a cross between the hillbillies in “Deliverance” and “The Three Stooges” on crack.

With no access to females on the island of only 40 inhabitants, Gregor describes the pleasures of doing it with chickens, sheep and a bull. Elias, the guy who’s constantly excusing himself to go yank his weenie, calls Gregor disgusting.

This genre-bending comedy also sneaks sci-fi into the mix via malformed chickens that stroll by on odd feet.

Gabriel, the only bro with some semblance of normalcy, functions in the real world teaching evolutionary psychology and philosophy at a university. In an attempt to civilize his subhuman sibs and teach them morality, Gabriel grabs a dusty Bible off of their father’s bookshelf and instructs Josef to read it out loud. Josef interrupts the tale with an outburst. Because Abraham sacrificed his son Isaac, Josef states he was clearly mentally ill (pot calling the kettle black) and there was nothing to learn from him. It is a Quentin Tarantino-type message about mankind’s search for meaning — and the hypocrisies of religion and society — underneath a comic delivery.

Suprisingly, behind all of this madcap hilarity is a tender story about humanity and existentialism. The ending satisfies and the five misfits, despite their unique brands of oddity, prove to be mostly lovable in the end.

Mikkelsen is a household word in Denmark, and “Men & Chicken” is already a smash hit in theaters. Drafthouse Films just purchased the North American distribution rights. To find out when and where you can see the quirky, oddball movie gem, stay tuned on the “Men & Chicken” website or Facebook page.

In Danish with English subtitles. Not rated. 104 min. 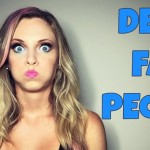 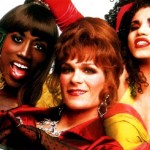