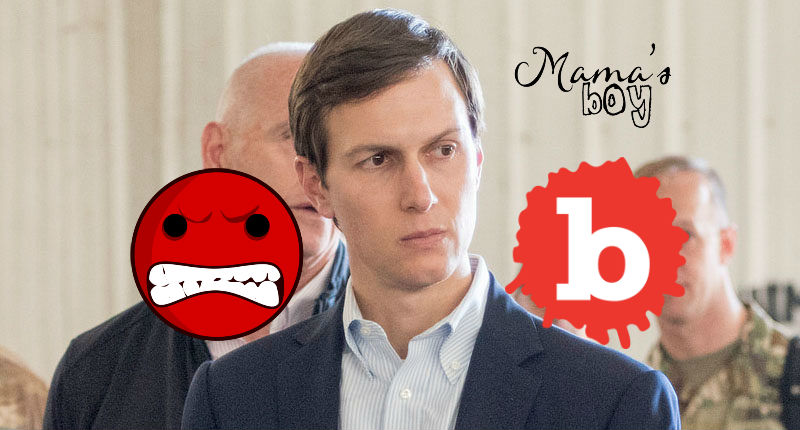 I’M JARED KUSHNER AND I WANT MY MOMMY

Everyone is being super mean to me AGAIN. They are saying I’m not doing my job right, and newspapers are saying it too, and it’s all making me super cranky SO STOP IT.

The scary men with the sunglasses took my ID card today. They told me they had to do it, that Mean Mr. Mueller told them it was “an order.” Whatever that means. Of course this happens to me… and I just started making friends! The nice lady with the stringy blond hair and the cellphone hot-glued to her hand gave me a small candy the other day and the big lady with the dark hair and the scared eyes patted me on the head.

Related: Melania Wears a Lot of Clothes, So What is She Hiding?

KUSHNER DOES WHAT HE’S TOLD, BUT IT’S HARD TO KEEP STRAIGHT!

It’s so unfair. I promised that I would tell them everything eventually. But it’s so hard to keep all the meetings straight! There were so many before we moved into this new house that I started taking notes of when they were, who they were with, and what we talked about, but then the dirty angry man told me to burn all of that, so I did. The fire alarm went off and I lied and told them I had just burned my grilled cheese. They totally bought it. Suckers.

I don’t even want that stupid security clearance. It only ever meant more reading for me. So yippee! I’m free! No more reading, no more sitting in all those windowless rooms for hours and hours. No more having to keep even more secrets. There are already so many. I categorize them, actually. I have one notebook for secrets with Ivanka that outline who she’s actually married to, since I’m basically a large child. Another notebook has all the secrets with Daddy Trump, that’s what I call him. That’s another secret. Don’t tell anyone.

The last notebook is pretty special. It has all the names of people I have taken money from to fund my various “businesses,” and those of my “family.” There’s lots of names that were hard to spell in there. That’s why I decided to write them down.

Oh no, Mean Mr. Mueller is calling my cell again. I really don’t want to pick it up. Last time I picked up he told me I would probably have to come talk with him and his friends soon. I told him, sure, and then I didn’t write it down so that I could “forget” about it later. He probably wouldn’t fall for that one twice…or would he…no harm in trying! Bye! 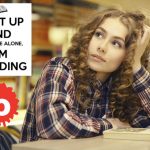