We all seem to be fascinated with celebrity encounters.

My entire childhood, adolescence and early adulthood regularly converge at Chiller Theatre, a sprawling, weekend-long autograph show at the Sheraton Parsippany, where an array of idols, sitcom stars, seasoned rockers and horror oddities come together to greet their fans for money. It’s everyone you ever cared about, all under one roof, including some luminaries you never thought you’d see again! An endlessly resourceful collector/appreciator named Kevin Clement organizes the twice-a-year event, where the stars are humbled and the fans are rabid, lining up for signed stills, a new photo op, and a handshake, all in the name of greeting those who helped shaped their cultural aesthetic in the formative years.

The other day at Chiller, Aida Turturro (“The Sopranos”) was having a blast, telling me, “Everyone here is so nice! That’s good for my ego. They say, ‘You’re pretty.’ I’m like, ‘Can you put that on tape?’”

The arresting looking comic goddess Mary Woronov was also enjoying herself, saying, “These people know everything!” In fact, they’re such fans of her cult classic,”Eating Raoul,” that she sold out on photos from that film the day before and was now mainly hawking “Rock ‘n’ Roll High School,” “Warlock,” and “Death Race 2000.” “You look like such a sexpot in the still from ‘Seizure,’” I told Mary, and she replied, “Everyone does at that age.” Her personal fave film, she added, is “Raoul,” but also Warhol’s 1966 groundbreaker “Chelsea Girls.” So why no stills from the latter? “The Warhol Foundation won’t let us sell photos or DVDs,” she said, irked. “They’re waiting for us to die — and we are!”

Fully alive, Alison Arngrim (Nellie Oleson from “Little House on the Prairie”) had glanced over to a nearby table and was muttering to me, “Did you see Chris Sarandon?” with a “woof” in her voice. Yes, he’s held up rather well.

So has noted portrait photographer Terry Richardson, who was roaming the crowd, loving the wide array of celebrity culture on display. “Shirley MacLaine is here,” he enthused, and though he meant Shirley Jones, who was I to correct a noted portrait photographer? Jones — the Oscar winner slash “Partridge Family” star — told me she’s in talks to do a straight play on Broadway, which was lovely, though I had much more fun examining Lori Petty’s tattoos and career with the zany cult actress in another room.

Norman Reedus was even there! The “Walking Dead” star! A currently sizzling career, right there for the fame lovers to devour! This was a rare occurrence for Chiller, and it resulted in a two-hour line for Reedus’s autographs, one girl falling apart crying when she finally got to meet him. “AMC will only let me do five of these shows,” Reedus told me. “But they’re fun. I love seeing all the people in costume.”

Abe Vigoda was alive (presumably) and selling photos taken with him, “but no autographs,” warned the sign. He’s probably too frail to do so. Similarly, I talked to Cloris Leachman and assumed she had some awful illness or other because no matter what I asked, she would simply look blank and mouth a one-word answer (“yes” or “no”) without emitting a sound. But then my friends noticed the little devil talking quite animatedly to her fans later on! I guess either Cloris distrusts the press (or herself) or she just doesn’t want to give it away. It’s a shame because I’m a huge admirer and was asking pointed and well-researched questions that were quite appreciative.

Billy Hinsche (from the ‘60s rock trio Dino, Desi & Billy) clearly wasn’t comping anything either. After granting me an interview, Billy told me his prices (“Everything’s $20, but it’s two for $30, and three for $50. And I got Desi Arnaz Jr. to autograph them in advance”), then wondered if I wanted to buy anything!

Ronee Blakley — Oscar nominee for her stunning portrayal of country queen Barbara Jean in “Nashville” and one of the best live performers I’ve ever seen — was as gracious and sweet as honeyed molasses. I asked her about a stage show she once did called “Sunset,” which my friend had just looked up on his phone. “That only ran one night,” Ronee recalled, smiling. “And I had a futon installed in my dressing room! I asked Richard Dreyfuss, who’d had a similar experience, what it feels like to be in a one-night show, and he said, ‘It feels like going off a ski jump with no skis.’ And it does!”

Fully protected and then some, Priscilla Presley was signing books, but you had to have bought the book online in advance before she’d greet you — and she was stationed behind a curtain on top of that! She’s the Wizard of Odd. But accessible and fab was Lee Meredith, who was the original busty, blond Swedish secretary Ulla in the 1967 classic “The Producers.” Lee — who learned the Swedish accent at the library — told me she was typecast in sexpot roles and had a better time doing “I Do! I Do!”in church with her husband. But the sexy stuff paid well, she added, “so I hate to put it down, and it was fun.” Besides, she said, she gets about $17 every six months whenever “The Producers” plays somewhere! Today, she got more than that just for a signed photo, and I’m glad. Giving back to those who’ve brought us joy is exactly what Chiller Theatre is all about. I absolutely adore these celebrities. And by the way, go to hell, Cloris!

In my past visits, certain celebrities stood out as effusive, fascinating and exceedingly warm — to me, anyway. My hall of famers — who are all women — include Patty Duke (an inspiration to me and even better in person), Rae Dawn Chong (a pal from the club days and always a live wire), and Morgan Brittany (as a child star, she was in the movie version of “Gypsy”) Here are my other faves:

Pam Grier: The blaxploitation star (“Coffy,” “Foxy Brown”) who went on to “Jackie Brown” and “L Word” fame, is a bundle of energy who lights up a room like a generator. In between signing photos, she was handing out old R&B 45s to her fans!

Valerie Perrine: Her handler was trying to shoo me away, but he didn’t seem to realize I know Val from days of yore, and loved her in “Slaughterhouse Five,” “Lenny,” and the Village People movie. Damn, she’s fun.

Lesley Ann Warren: Oscar nominee for “Victor/Victoria” and a favorite of mine from “Clue” and “Choose Me,” Lesley Ann never stops working, and for good reason. She’s the real thing.

Virginia Madsen: A revelation in “Sideways,” Virginia is another fun, smart cookie who deserves the longevity and the acclaim.

Runners up include Barbara Eden (always on point — and what a memory), Loni Anderson (ditto), and Bond gals Martine Beswick and Caroline Munro (good-time gals if ever there were any, especially if you bring up their really obscure flicks — and I did).

And My Five Worst…

(Also all women, strangely enough. Cloris Leachman will be added in all future editions.)

Linda Purl: A TV movie actress promoting a musical CD, she threw me the fisheye of distrust when I approached her to talk. Someone had warned her “He’s from E!” — and I wasn’t even, at the time.

Linda Thorson: The nouveau “Avengers” star decided that since I didn’t know every facet of her entire career, I wasn’t fit to speak with her. It got tense.

Penny Marshall: Pesky Penny would not give me the time of day. She was busy selling books — which is fine; that’s what they’re there for — but she wasn’t nice about it. Schlemiel! Schlimazel!

Betsy Russell: A “Saw” star who once toplined a fabulously trashy “Angel” film, Betsy didn’t seem like she wanted to talk about that, though she was selling pictures from it!

Lita Ford: The lead guitarist from the Runaways wouldn’t believe I was press. She seemed to think I was a fan sneakily trying to get a free chat! That was hardly the case. 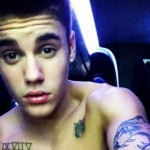