Like the Gretchen Wieners character from “Mean Girls,” Lorne Michaels is pushing really hard for something. It’s unclear why the “Saturday Night Live” producer is giving cast member Cecily Strong such prominent placement on the show. She’s sub-par at best but has been given the highly visible “Weekend Update” anchor spot, a commercial tie-in and is on the show more than more senior members and cast members with better characters. Already wrought with racial inequities, and the responsibility of being an important place in providing women with careers in comedy, this move has larger ramifications than just personal taste.

Strong joined the cast in 2012 with Aidy Bryant and Tim Robinson. Later that season, Kate McKinnon snuck into the cast, neither being introduced during the monologue or given a formal welcome. However, she made her mark with a hilarious sketch with Sofia Vergara. She did a startlingly authentic Penelope Cruz impression. Since then, Robinson has left the show, and Bryant and McKinnon have become major players this year. Strong doesn’t have many characters aside from Kyra on “The Girlfriends Talk Show” sketch which relies on Bryant’s awkward character. She’s also in a duo of innocuously sexual promo models, “The Crystals” with Vanessa Bayer. Strong is not bad on the show, but she doesn’t seem capable of carrying a sketch on her own. She is not dynamic, has no notable celebrity impressions and has not as of yet made a memorable character who doesn’t require another cast member. Even junior members have made a more memorable mark. Noelle Wells, although she may seem nervous, has hilarious impressions including Zooey Deschanel. She also did an awesomely memorable Lena Dunham sketch with Tina Fey.

Recently, Strong starred in a sketch “Jewelry Party” that was doomed to offend from the onset. Strong was wearing brown-face, which included an unnecessarily large flower in her hair, a mini-dress and a painfully bad accent. The sketch was offensive not only for its intense racist stereotyping of Latinos, but also sloppily trying to take on the male activist movement. This isn’t the first time the American Caucasian actress has been pimped out due to her dark skin tone to play Latina. However, wouldn’t it be easier, less offensive and serve the show more to just have an actual Latino on the show. Also, despite the outcry from Latinos, she never issued an apology. You can decide how offensive it is:

Despite her sub-par performances and alienating Latinos, Strong’s a big part of the show. She was recently included in a set of commercial tie-ins with Jeep Grand Cherokee. It just seems strange to include her in these ads, and give her an extra paycheck, when there are other actors more prominent on the show. It just seems strange to force someone into the public eye rather than letting a star rise on their own. Why not include more memorable cast members like Beyer, Nasim Pedrad or Kenan Thompson?

As mentioned above, Strong has also become an anchor on “Weekend Update.” This is a career-defining role on the show. It’s no coincidence that Seth Meyers and Jimmy Fallon have gotten late-night gigs after being anchors. Strong doesn’t have the charm of Fallon or the snarky delivery of Meyers, and she also isn’t one of the most memorable cast members like former anchor Amy Poehler or has the inherent eloquence and intelligence of Tina Fey. She doesn’t deliver the “not quite the news” vibe that is so important for the segment. Rather than accentuate the punch line with a wink and a smile or a funny ad-lib, she stares stone-faced into the audience and makes an awkward half-smile. This is neither charming, funny nor endearing. The show had potential to have a more senior female like Pedrad, which would put an Iranian-American in a national news segment. This would have been a majorly topical “Colbert Report”-style twist. Bryant is also way better at playing herself in the “real life” segments and would have been a great choice as well. Thompson is one of the most senior members still on the show, and it would also be major to have a person of color in the anchor spot.

It’s unclear why Strong has such a prominent place on the show. Is it because her tan skin makes her ambiguously ethnic? Is it because she’s an Illinois girl and Michaels loves his Chicagoans? Could she be Chelsea Handler-ing and dating Michaels or the head of NBC Universal?

Or maybe her father invented Toaster Strudel. Either way, she is not fetch, and she can’t sit with us. 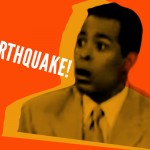 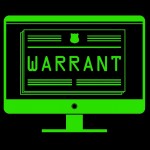