Should commenting on a person’s weight be off limits?

It always catches me by surprise when I run into a person I haven’t seen in a while and they comment on my physical appearance. Whether it’s a new haircut or shoes, it always astonishes me. And the weight question, to me, always seemed in a league of its own. Every time I hear the ol’ “You look great! Have you lost weight?,” I think, how dare you comment on my, or his, or her, weight?  Well, maybe I’m the oddball here, because I hear it all the time, so the line I see must be drawn in sand.

Much of my reaction has to do with my work, and my life experience. In high school, I knew many girls who had trouble with food and eating and weight. As young girls, we didn’t recognize what we were seeing and hearing at the time for what it was. Yet, the signs were everywhere. Everyone knew some girl whose father commented on her weight that one time on the soccer field, thereby triggering years of weight battles. And everyone knew some girl who had a bag of pretzels and a diet soda for lunch every day. And everyone knew some girl whose period mysteriously stopped. Or some girl who oddly stripped off all the cheese from her pizza slice before eating it. I wouldn’t understand the full magnitude of what I had seen until years later, when struggles were made public and reporting and research enlightened me.

Recently in my work, I was talking with a woman who’d been treated for compulsive exercise. She told me how confusing it had been to her during a time when, in private, she was obsessing over weight and torturing her body, while in public, people were raving about how amazing she looked. “You look great!” they’d say. Even though she knew her motivations and actions were destructive, in her mind, which she’d be the first to admit was warped at the time, these comments would give her the OK to proceed. “Even if the tactics are harsh, they must be working, right?” she’d think.

Oh God, I thought. Have I uttered such things before and unknowingly sent a privately suffering person into a tailspin of confusion, possibly even propelling their disastrous self-abuse?!

Why Do We Say It?

Admittedly, I was ready to stricken the phrase from my chitchat arsenal for life. But it’s not so black and white, as Adam Silberstein, Psy.D, an LA-based clinical psychologist, rapidly points out.

“If somebody looks good, our culture gives permission to say, ‘You look good,’” he says, “and if a profound shift in weight occurs, which is very visible, people acknowledge it.”

Really, the social context determines the appropriateness of the question, says Don Lynch, PhD, a professor of psychology at Maine’s Unity College.

In fact, it’s key. Think about it. In the context of a physical exam by your physician, of course asking about weight is appropriate, says Dr. Lynch. But the phrase is often thrown out during chance encounters with people we don’t know well. All the examples that came to my mind were such. You bump into an acquaintance unexpectedly, whom you haven’t seen in a while. It’s smalltalk.

“When you run into someone, from a cultural standpoint you want to say something positive — ‘like your new haircut … glasses … look … fill in the blank,’” says Art Markman, PhD, professor of psychology and marketing at the University of Texas at Austin, who also wrote “Smart Thinking.” Whereas, with our closest friends, we typically know the hot buttons or struggles close to home, and thus, which topics should be covered with sensitivity and care.”

And that’s just it — in most people’s minds they’re saying something positive.

“When people remark on appearance,” says Dr. Silberstein, “it is not in the spirit of ill intentions. Is it up to every adult in the U.S. to have an awareness of eating disorders?”

Dr. Markman agrees and points out that nobody would ever say, “Wow, you got huge. What happened?” True, and you just think for a hot second how miffed and vocal I would become if I heard some semblance of that phrase mumbled to anyone around me, stranger or not.

Ah, phew. This takes the guilt off the shoulders of the world’s careless blurter-outers.

“The complimenter can’t know an acquaintance’s psychic makeup and it’s unfair to think the responsibility of awareness of issues lies with the individual commenting,” adds Dr. Silberstein. “We generally don’t not acknowledge something because it could be a sensitive issue, for example not mention alcohol or gambling because the person we’re talking with may have an addiction.”

Acknowledgement of the obvious shouldn’t be condemned, says Dr. Silberstein.

As a former food addict who once weighed 300 pounds, Dr. Silberstein, who is also the co-founder of The Source Health and Wellness Treatment Center, never expected people not to comment after he shed 130 pounds. He actually had a different negative reaction with which to contend.

“If someone is on a new healthy path, or routine, trying to reach a healthy goal weight, they can hear this and think, ‘Hey, I’m there, I can stop now, go back to how I used to eat.'”

For him, he’d hear inspiration, but it would also sound like graduation day, and thus make it harder to stick to his regimen. He admits the primary distortion was his, saying, “It was not about body size for me, but my relationship with food — that was the most important piece for me to accept.”

What you Hear Is What You Get

So there’s intention, and then there’s perception. If a person hears such a question (“Have you lost weight?”) as permission to continue on their destructive path, that is the listener’s perception, and in that case, distortion.

“If I am a compulsive overeater and then starve myself to lose weight, I may use this comment to service that part of me that is not healthy,” says Dr. Silberstein. “But while the listener is responsible, it is important to keep in mind that the listener may not be aware of their own vicious thought cycle because he or she is suffering. The most important thing is that if someone has a destructive response, then that person may be suffering.”

Context With a Dose of Culture

Context, yes, but let’s not forget our whacky, obsessed culture. “We Americans are obsessed with concerns of being overweight,” says Dr. Lynch, “and there is also a pervasive cultural obsession with physical appearance, as evidenced by the media’s emphasis on Madison Avenue images of sexual attraction and physical beauty.”

Frankly, he’s not sure why so many of us tend to frame a comment about a person’s appearance into a question about weight. “I can see how people might take offense to a question about their body weight,” he adds. (Here, here, Prof!)

“Europeans,” he says, “do indeed take offense to someone asking about their weight and instead prefer favorable comments about personal appearance, demeanor or affect.”

Well, I like Europe. And Europeans. Quite a bit, actually. And the thing is, I do have an awareness. Big time (and now so do you, Dears). What’s more, my eyes can see way more than a person’s body. So while the burden of the blurter-outer has largely been erased here in this space, the next time you see me you can expect me to say, “Hey, you look fabulous!” and as you stare at me waiting, searchingly, perhaps wanting desperately, I’ll slyly add, “and I am so happy to see you.” 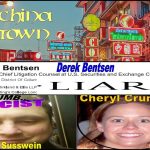 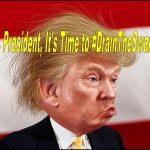