IF YOU WANT SQUIRREL MEAT LASAGNA, GO TO LONDON, ENGLAND

So people say that English “cuisine” sucks.  After hearing about this, I’m inclined to agree more than before.  But sure, the best Chinese restaurants in the world are supposedly in London.  I’m sure there are just a few other multicultural establishments that make Londoners happy to patronize.  But what about a local London chef making lasagna with gray squirrel meat?  That’s right.  It’s nuts!  And by nuts, I mean there must be a LOT of nuts for there to be so many squirrels to eat in London.  The chef is Ivan Tisdall-Downes at the establishment, Borough Market restaurant Native.

Read More: Video Game Motion Sickness?  Here’s What to Do

But seriously, this is for real.  Chef Tisdall-Downes says there is a market of customers who are always looking for sources of “sustainable” proteins.  So he came up with a shocking offering to satisfy that demand.  Gray squirrel meat.  So the chef came up with a deal that he made with his supplier of wild boar.  The supplier will provide the dead gray squirrels.  But where are these squirrels carcasses coming from?  Well, gray squirrels are native to North America and are an invasive species in England.  So they are culled, or killed in large numbers, to control their population.

TASTES LIKE RABBIT, BUT IT HAS TO BE NUTTIER

So the chef thought it would be a great idea to use squirrel meat from these cullings instead of having it go to waste.  Tisdall-Downes loves his idea.  He said, “Squirrel is one of the most sustainable proteins you can cook really. It is almost exactly the same in taste as rabbit.  It’s tasty, it’s not as gamey as rabbit, it’s nice white meat. It’s good to cook down slowly and make stews from and ragus for lasagna.  -It’s very good for you, it’s quite lean.”  So we’ll have to wait and see how people like gray squirrel lasagna.  If it goes well, the dwindling native red squirrels will be ecstatic. 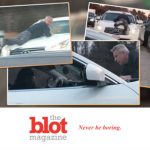 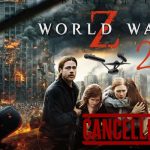