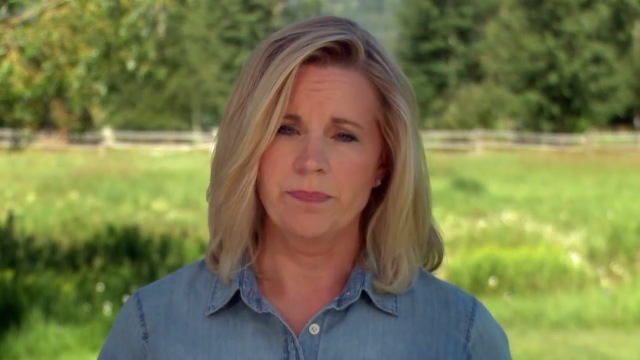 Liz Cheney — a female human with a face and a mouth and everything — went on record saying that she hates her sister for being gay, hates her sister’s two kids, and finds the whole thing unnatural, and oh, by the way, could y’all please vote for this state that I just moved back to so I could run for office?

Liz is currently running for office in Wyoming and is facing stiff competition from the current Republican incumbent, Senator Mike Enzi, who, as far as we know, hasn’t publicly, spiritually and cruelly thrown his sister under the bus. Y’see, Liz is running on a staunchly conservative platform and part of that, friends, means that if you’re conservative you must also vehemently despise gay people. Except Liz is the daughter of one of the most conservative warlords in recent history — her father, Dick Cheney, had the widest possible reach of any vice president in American history, enacting not only privacy-destroying legislature such as the Patriot Act but also signing off on the then-fledgling, now-terrifying behemoth NSA agency.

Yet Dick Cheney is OK with gay marriage, surprisingly. In 2009 he said, “I think, you know, freedom means freedom for everyone. I think people ought to be free to enter into any kind of union they wish, any kind of arrangement they wish.” But the Cheney parents aren’t picking sides in the sibling squabble … so to speak. Dick and Linda Cheney said in a recent statement, “This is an issue we have dealt with privately for many years, and we are pained to see it become public,” adding, “Since it has, one thing should be clear. Liz has always believed in the traditional definition of marriage.”

The real irony of this situation is that Liz Cheney is trailing massively in the polls — Enzi has 69% of the vote and Cheney just 17%. It appears that for all her public (and let’s be honest, largely manufactured) outrage over her sister’s homosexuality, she’s not gaining a single thing from it. And with Thanksgiving just around the corner it should be an incredibly interesting turkey dinner. That is, should Liz and Mary ever get in the same room ever again.

Mary’s wife, Heather Poe, took to Facebook to air her concerns, saying, “Liz has been a guest in our home, has spent time and shared holidays with our children, and when Mary and I got married in 2012 — she didn’t hesitate to tell us how happy she was for us. To have her now say she doesn’t support our right to marry is offensive to say the least.”

Mary then shared the Facebook status (look at us, reporting a Facebook status! How far social media has come! Remember MySpace, yous guys?) on her OWN Facebook page, adding, “Liz — this isn’t just an issue on which we disagree — you’re just wrong — and on the wrong side of history.”

Liz replied by putting out this political ad that features her daughters talking about the family’s Wyoming roots. Despite the fact that Liz moved back just to get elected. So there’s that. Watch for yourself: 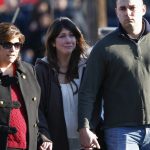