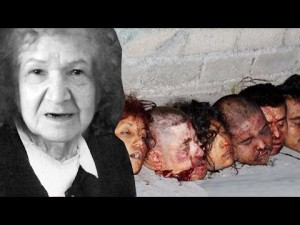 Literature is killing people in Russia. The two of them had been drinking according to witnesses. They got into an argument, and one of them pulled a knife on the other. Now, one man is dead, and the other is in jail awaiting trial for murder. This kind of thing is hardly news, but this particular story has been picked up by Reuters, the BBC and the Los Angeles Times. Why? Well, it turns out that the lethal dispute was over the nature of literature. In Russia, people really do kill over poetry.

The argument broke out in the Russian town of Irbit, which is in the Sverdlovsk oblast on the eastern slope of the Urals. The two disputants were a 53-year-old former school teacher and a 67-year-old acquaintance of his (none of the reports uses the word “friend” — I guess because you shouldn’t stab your friends).

It’s no secret that Russia has a drinking problem. The culture is one of binge-drinking, and when the Soviet Union collapsed, incredible social problems erupted that have yet to play out. The result is a declining life expectancy especially among men. In the U.S., roughly 99% of males make it to 55 years of age. In Russia, that figure is about 75%. Booze is a major contributor to this.

Big Mama Pet Chicken Gets Longer Obituary than Your Grandma

What has captured the imagination of the press is the cause of the drunken fight. The older man stated, probably with all the vehemence a few shots of the local vodka could engender, “The only real literature is prose.” Now, obviously that’s a stupid thing to say in the country that gave the world Pushkin, Lermontov and Gorki. However, say it he did, and the ex-school teacher stabbed him (arming teachers is a different article for a different day).

In America or Britain or most other English-speaking countries, if a drunk shouted that in a bar, you’d probably just tell the jackass to shut up and watch the game. But Russians take their literature, and especially their poetry, almost as seriously as their drinking.

If you ever wind up at a Russian party, you will see something that we anglophones used to do, but have lost. People will recite poetry, and it’s not just the teenage girls. Coal mining, truck driving, ship building men know a few poems that aren’t limericks. I once watched a plumber bring a whole room to tears with a recitation of Pushkin’s “Ya vas lyubil,” which translates to “I loved you.” Vodka makes some people weepy, but not that weepy.

A lot of this is the legacy of communism. Under the Red Tsars, the Soviet people were encouraged to read (books were cheap and literacy raised to almost 100% of the adult population), and the more up-market arts like opera and ballet were encouraged by the regime. The logic was that the proletariat there was just as sophisticated and cultured as the bourgeoisie elsewhere. Being a poet, a novelist or an intellectual was an actual job there, and the state actively promoted these works.

What is keeping this passion for the arts alive is the current lack of confidence that has gripped Russia since the U.S.S.R. went out of business. Russian nationalism is an active political movement again, and you can’t have nationalism without the culture from which the nation is formed. While newer artists may be suspect, the nationalist bona fides of Dostoevsky and Tolstoy are beyond dispute.

And so, this drunken fight and sad homicide looks like a weird bit of news, but in fact, it reveals something about today’s Russia if you look hard enough. It’s a country looking for a future by holding onto its past. 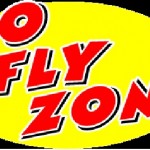 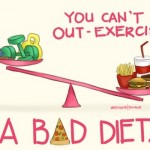