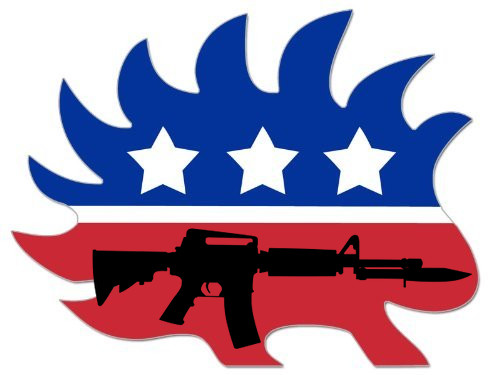 The 2013 elections are off-year contests, and as a result, there are only a couple of races, and only of local importance. The New York mayoral race and the races for governor in New Jersey and Virginia are the big ones. In the New York and New Jersey cases, the affairs are looking pretty lopsided if the polls are remotely accurate. Virginia, though, has an interesting race pitting Clintonista Terry McAuliffe against Tea Partier Ken Cuccinelli in a close contest. However, this election is complicated by strong support for the Libertarian candidate Robert Sarvis, whose polling around 10%.

There is a belief out there that Libertarian votes are just Republican votes protesting. That isn’t entirely true. That same Harper poll shows that Sarvis’ support is 78% Republican, 4% Democratic, and 18% independent or third-party supporters. If Mr. Sarvis were not in the race, it might boost the GOP result, but probably by no more than 6 to 7%. Another poll says his support is 44% independents, which means that he’s taking less than that from Cuccinelli.

Much of Sarvis’ support comes from the southwestern part of Virginia. In a Washington Post poll, 19% of lively voters in the Shenandoah Valley, Southwest and part of Southside Virginia will back Sarvis. The website VARight.com reports “The candidates are tied 29-29 in the 5th congressional district. Sarvis runs strong here, with 21 percent. But his greatest strength is in the 4th CD, where he ties Terry McAuliffe at 24 percent and is just three points back of Ken Cuccinelli.”

So who is this Sarvis guy? He’s a youngish ex-Republican who ran for the state legislature in 2011. He’s a lawyer, software developer and founder of the NYU Journal of Law and Liberty. In short, he’s a bit of an over-achiever, and a political theorist rather than political practitioner. In truth, that describes a lot of Libertarian candidates.

And like most Libertarian and other third-party candidates, he is being excluded from the mainstream media on the grounds that he can’t win. Funny how the media decides that and not the voters. Anyway, there is a debate between Cuccinelli and McAuliffe set for Oct. 2, from which Sarvis is excluded. However, he is buying ad time during the debate (a clever move). A limited budget might mean this is his only TV buy, but it is well-placed.

The ad states “I joined this race to give you a better choice. Like you, I can’t vote for Ken Cuccinelli’s narrow-minded social agenda. I want a Virginia that’s open-minded, and welcoming to all. And like you, I don’t want Terry McAuliffe’s cronyism, either, where government picks winners and losers.”

So, does Sarvis have a shot at winning? He’s a long-shot. However, as British Prime Minister Harold MacMillan allegedly said, “A week is a long time in politics.” So with a month to go, there is time for Sarvis to gain ground. What is going to stop him is lack of money and the collaboration of the Democratic and Republican parties to keep him off debate platforms. The closest parallel I can find for him pulling this out of a hat is the 1998 Minnesota governor’s race when Jesse Ventura, a Reform Party candidate, won with 37% of the vote. Ventura, though, had name recognition from a career in pro wrestling. And 37% is a lot different from 10% on election day.

However, as the Republican social issues become more anti-women, anti-liberty, anti-dissent, they are going to lose many otherwise conservative voters. And the Democrats still have the image of being a “tax and spend” bunch; fiscal conservatives with liberal social views may look for another political home. That’s exactly where the Libertarian Party sits.

In the interest of full disclosure, I was a card-carrying, dues-paying member of the Colorado Libertarian Party back in the 1970s when the party was founded, and most of my instincts remain libertarian (small “l” — my reflexes tend toward anarchism).