All photos and video by Jason Gross.

Teri Gender Bender didn’t casually name herself. Speaking to the 26-year-old Mexican-American garage/punk rocker and leader of Le Butcherettes backstage about her music and seeing her explode on stage, you see that she struggles and rages to tear down tired old stereotypes about what a women in a rock band should be or do (and yes, that’s still a struggle in 2015).

Teri (aka Teresa Suárez) started the band in 2007 and made a splash in the music world pretty quickly, touring with Iggy Pop and Yeah Yeah Yeahs, recording with Garbage’s Shirley Manson and punk icon Henry Rollins and now touring with Faith No More and the Melvins. Even Le Butcherettes’ small discography shows what a strong impression the band’s already made — 2011’s “Sin Sin Sin” was produced by Omar Rodriquez-Lopez of The Mars Volta for his own record label, while last year’s “Cry Is For the Flies” came out on Ipecac Records, run by Faith No More singer Mike Patton.

As if that wasn’t enough, the band — which includes drummer Chris Common and bassist Jamie Aaron Aux — also built its reputation on its wild live act, which, at some points, turned into food-based performance art. I caught the band’s now-famous SXSW show in 2011 and was impressed with the raw, dynamic power Teri and the band could harness onstage, even in the middle of a festival with thousands of other bands. Garage/roots rockers like Jack White and The Black Keys can tear up the charts and sell out arenas, but I’ve never seen either of them make a spectacle of themselves live like Teri can.

Before Le Butcherettes’ show last night at New York’s Santos Party House, where the group opened for the Melvins, I spoke to Teri about her life on both sides of the border, her internal battle over her identity and how she presents herself, her conflicted upbringing, working with music legends like Rollins and Rodriguez-Lopez and her impassioned thoughts on the immigration debate in America. Though she was mostly very open and opinionated, she was also at times guarded and cautious, wondering if she was rambling or saying too much or not expressing herself the right way. I never thought she was, but you can decide for yourself.

Now, try to match that up with her show a few hours later, and the contrast is striking. Leading her trio (all decked out in blood red clothes) as she bangs away on her keyboard and guitar, Teri’s uncertainty is gone, and she’s full of almost total abandon as if she takes her doubts and channels them into energy and fury. Even in this six-minute video clip below, you only see a small taste of how she dominates the stage and creates a spectacle with just a few movements or facial expressions. Right before the video starts here, she walked to the front of the stage and sang slowly and menacingly alone. Compared to when I’d seen her live before, Teri’s definitely upped her game to become an even more-impressive performer now.

Teri ended the show with a facial expression of such pain and grief that you almost felt compelled run over to hug her and tell her how great she was up there. As the last song ended, she stood at the lip of the stage with her back turned to the audience and gracefully let herself fall into the waiting crowd that caught her. As the rest of the band dragged their gear off the stage, Teri stayed in the crowd for a while, taking photos and getting those hugs that you thought she needed. Maybe she really did need them or maybe the audience just loved her enough to shower it on her, but either way, she gave them a lot, and they fed off it. No food fights this time, but she left us starving for more.

I did stay to see the Melvins afterwards — they’re legends, after all. But after Teri and friends had ignited the stage, it just wasn’t the same moving experience. I know, we should all bow and scrape to the band that made Nirvana and grunge possible. But Teri’s mission that she acts out on record and on stage seems like a much more noble and necessary one that’s an ongoing work in progress. It’ll be a pleasure to see where she takes it next and how she grapples with it. No doubt that she’ll keep learning, and we might even learn something from her.

Jason Gross is the social media manager of TheBlot Magazine. 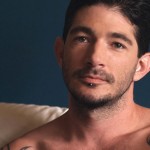 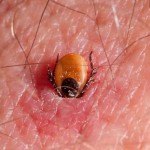