So what’s happening down in Texas, these days?  Well, if you happen to be anywhere near Springtown and you have a hankering for Pizza, think again.  But that’s because everyone who eats there could be at risk of real-life shit fits!  The place is called Mr. Jim’s Pizza.  But evidently there is more than one Mr. Jim’s Pizza shop in the area.  So the problem is that someone working at a Mr. Jim’s pizza put laxatives on a pie.  That could be a shitty deal every single time!  What would you like on that?  Anchovies and a long night?  Done!  But that closes up the pizza place, every single time.

So obviously, this got people’s attention.  But how?  Well, the brilliant pizza staffer who put the laxatives on a pizza pie posted that they were doing so on social media!  So someone saw this and called police about the crappy management oversight at Mr. Jim’s Pizza.  Well, they called about possible food tampering, anyway.  They saw a posting that a Mr. Jim’s pizza staffer was putting Miralax on a bunch of pizzas.  So since cops like pizza too, this was a sure thing fast response time!  After they responded, police learned that three of the employees had put laxatives on a single pie.  But just a coworker unwittingly ate any of the pizza.

So yes, that unwitting pizza staffer totally got sick.  But the idiot fools who added the Miralax told police no one from the public ate any.  But the city health inspector still rescinded the pizza place’s business’ health permit.  They also shut it down for an inspection.  So obviously, this isn’t good news for whoever owns Mr. Jim’s Shitty Pizza place.  But they did announce that these crappy employees totally got shit-canned.  So I’ll have a pizza with nothing. And yes, that is a local cop eating their pizza as soon as they were able to reopen just recently. 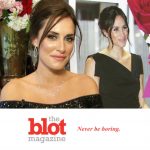 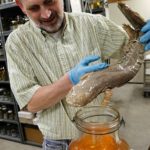