Toasted-sandwich chain Quiznos filed Chapter 11 a little while ago, following food-court pizza giant Sbarro down the bankruptcy path. Preceding them was the tantalizing Hot Dog on a Stick (yum?). What’s going on in the fast-food business? Are we all doomed to lunches that go on for hours like the French? What’s next, siestas?

No, actually, it isn’t all that dramatic — although, to be honest, America would have far less stress if we had a bottle of wine with two-hour lunches and a nap afterward. Instead, financial considerations sunk these guys.

Denver-based Quiznos is 33 years old, operates in all 50 states and 34 countries and has 2,100 outlets (all but seven are franchises). This looks like a pretty good arrangement. And had things stayed the same, the toasted sandwiches and their new pasta offerings would probably have done just fine. Things, however, changed.

Quiznos set up in office plazas and higher-end malls. When the economy tanked, demand dropped off. At the same time, you saw Panera come in to challenge it on quality, and Subway ate Quiznos for lunch (sorry, I had to) in terms of price. Chipotle also gobbled up Quiznos’s market share (I promise I’ll try to stop with the puns).

Sbarro’s Chief Financial Officer Carolyn Spatafora said in a court filing that her chain suffered from the same problem — an “unprecedented decline in mall traffic.” It has 799 restaurants in over 40 countries. Sbarro employs over 2,700 people. Reuters notes, “Last month [February], the company announced plans to close 155 of its 400 company-owned restaurants in North America.” The 582 franchises are unaffected by the bankruptcy.

The pizza market is incredibly fragmented, and its history is littered with chains that rose and fell: Shakey’s, Godfather’s, Papa Gino’s, etc. Sbarro, which was started in Brooklyn in 1967 by a married couple from Naples, Italy, is just the latest.

Then, there is Hot Dog on a Stick, which began in Santa Monica, Calif., in 1946. That was eight years before Ray Kroc discovered a burger joint called McDonald’s and turned it into what it is today. So whatever snide remarks you want to make about the menu (and I have several myself), there was fairly consistent demand for the product for decades. It wasn’t a global powerhouse, as it had just 93 or so outlets when it filed for bankruptcy in February, but it wasn’t invisible either.

The thing to notice here is that the food is hardly a consideration. I have had worse sandwiches than Quiznos and worse pizza than Sbarros — I’ve never dined at Hot Dog on a Stick, but I am sure they deliver exactly what one expects. Where these guys all got into trouble was the expensive leases in choice areas that became less desirable when demand dried up, thanks to the Great Recession.

In the end, their failure wasn’t culinary. It was a matter of changing economics. I’d write something else clever as a conclusion, but it’s lunchtime and after that, I’m having a nap. 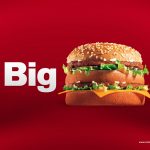