So somehow I missed this story.  Maybe because of the crazy weather, wildfires and flooding everywhere.  But fireworks are a universal obsession of almost all kids growing up in the United States.  I was, and am, one of them.  No, I don’t set them off anymore and I certainly don’t buy them.  But I remember wanting nothing more than a few hundred bottle rockets to make the perfect July 4th.  But fireworks aren’t legal everywhere, and for good reason.  And the LAPD seized over 5,000 pounds of them from someone’s home.  That’s pretty normal.  But how about when the LAPD Bomb Truck explodes right after?

So the good reason fireworks aren’t legal everywhere is that they are dangerous.  But having a black market of explosives also means a lot of them aren’t made right.  We are talking about explosives here.  Besides the regular fireworks, the police also seized even “more unstable” explosives from the private home.  Too unstable to travel with, unfortunately.  So the LAPD Bomb Squad decided to do a controlled explosion inside their disposal truck.  The problem?  The fireworks boom was way too big.  The entire bomb truck exploded in spectacular fashion.  It was so powerful, it damaged nearby homes and cars, also injuring 17 people.

So did someone screw up?  Authorities don’t think so, as the Bomb Squad followed all procedures.  Something went wrong in the disposal truck, allowing a catastrophic failure of containment.  Police arrested Arturo Cejas III who lived at the home police raided.  They are holding him on a $500,000 bail.  Obviously, he faces multiple charges, including child endangerment as his 10-year-old brother was at the home.  If you’re curious about the bomb truck exploding, you can watch video of the fireworks here. 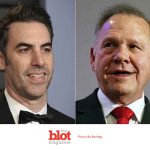 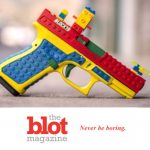