Take a seat, dear reader. Relax. Close your eyes. I’d like to take you on a fantastic voyage.

Let’s journey back in time to what I’d like to call “Saturday Night Live’s” Glory Days™. Well, depending on who you ask. The way I’ve always liked to remember “SNL” is through rosy, Cheri Oteri-colored lenses. Ah yes, the days of my youth. So wasted, as they were.

Thing is, “SNL” has always had its share of lady starpower, always. And they’ve also always had super-talented dudes, too. With the most recent season of “SNL” — where five of the six new castmembers, at least of the start of the season, were semi-gangly white dudes — there was some uh, consternation about the precarious state of a show that was refusing to get with the times. Hell, even “Parks and Recreation” had its beautiful, tropical, ethnically ambiguous starfish, Ann Perkins, played by Rashida Jones. Where was the love?

Turns out, it didn’t actually matter. Like, yeah: Brooks Wheelan is an adorable and charming modern-day take on the Jolly Green Giant, but I barely remember what he looks like. Bringing Sasheer Zamata on as the token black was, for sure, a good thing, but an even better thing? We’re back to the days where the ladies of “SNL” are getting more screen time, more giggles and more appreciation. For the first time in a long time, arguably since Tina and Amy sat at the desk of “Weekend Update,” the ladies are bringin’ the noise and bringing down the house (if it’s not clear, I’m referencing this *NSYNC song. You’re welcome).

Two of my perennial faves from this season were Aidy Bryant and Kate McKinnon, who are, overall, chronic BAMFs and also the stars of the show of my dreams, “Dyke & Fats.” You never get the sense that either of these comedians are holding back. In fact, they’re more than happy to let it all hang out. I especially enjoy both of their dedications to physical comedy and the variety of their characters. Also, Bryant is adorable, and she has really good taste in hand jewelry, and I want to be her best friend. CALL ME, AIDY. I have named only at least one of my “Sims” after you!

Cecily Strong has proven herself this season, too. I love me some Seth Meyers, but I welcomed Strong’s tenure behind the “Weekend Update” desk. It’s nice to see some ovaries man the desk sometimes, feel me? I don’t know much, yet, about her comedic chemistry with Colin Jost, but I heard he was dating Rashida Jones, so I’m sure everything will work out with everyone, and my belief in that stems vaguely from conjecture and whatever rumors I read while lurking in the dark shadows of the Interwebs.

And let us not forget diversity hire Zamata. I say “diversity hire” with the greatest affection because we’ve all been there. I suspect I’ve been there more times than I am willing to recognize and or admit. She didn’t get a ton of screentime this season, but she certainly proved herself when she did. Also, it’s nice to not have Kerry Washington play Michelle Obama and Oprah and an offscreen Beyoncé — or for Kenan Thompson to have to dress in drag to be any of the aforementioned characters. I basically discovered Zamata right before she got on “SNL,” so I feel partially responsible for her tenure, and I feel a real affection for her, just as a basic human being.

Also, let’s not forget Zamata’s Olivia Pope is like nothing my weak, astigmatic eyeballs have ever seen, and I do believe Kerry Washington will be watching this video over and over for lip quivering inspiration for the next disappointing hot mess season of “Scandal.”

“SNL” hasn’t been the same for a long time, and it’s not quite back to where it used to be. That’s to be expected. David Bowie wrote a whole song about ch-ch-changes, but let’s embrace what’s really happening: Women are taking over, and they’re doing a fine job of ruling the roost, or whatever.

So, let’s hear it for the girls!

Rachael Clemmons is a contributing journalist for TheBlot Magazine. 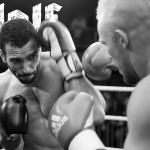 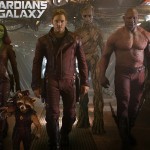