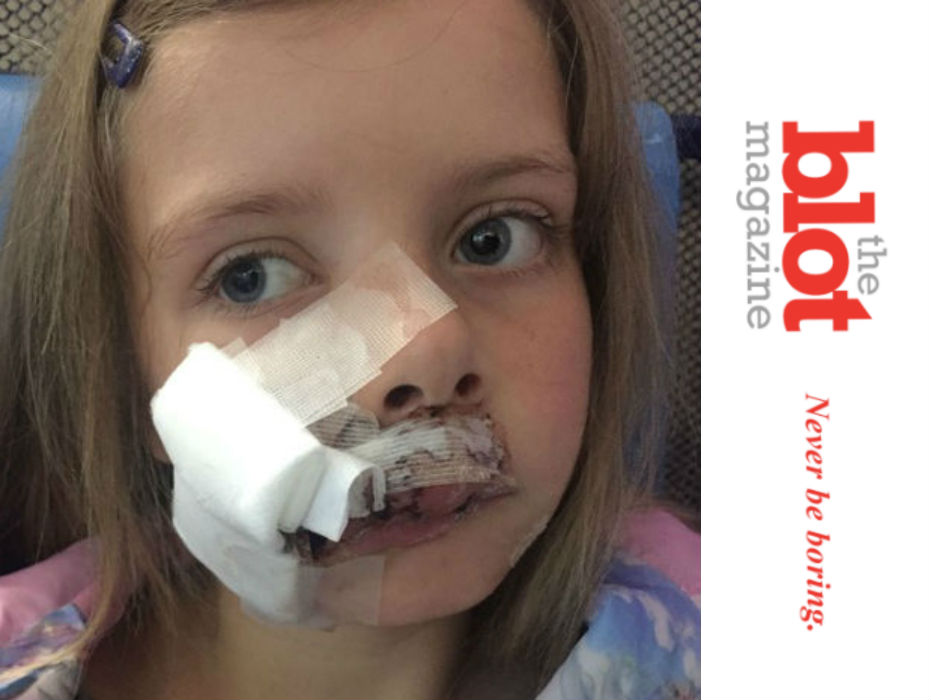 So I do know that any kind of animal can have some random, violent behavior.  But I’ve never heard of an attack from a Labrador like this one.  Every Labrador I’ve ever met has been friendly, especially kid friendly.  And it’s usually families with kids that own them!  So to hear about his attack and see a single picture of the little girl that this Labrador attacked is… totally shocking.  She’s only 9 years old!  And 230 stitches is a staggering level of injury repair.  Clearly, it will change her life, forever.

A MELLOW BREED, THIS UNPROVOKED LABRADOR SIMPLY ATTACKED LITTLE GIRL OUT OF THE BLUE

The little girl’s name is Lily Fay Parfitt.  She was playing on her aunt’s farm, located in Pulborough, West Sussex, England.  Everything was fine until the Labrador attacked her on that life-changing day this past September 20th.  Someone had tied the dog up nearby.  But it headed straight for Lily when she was playing with her cousins and siblings.  Lily saw the dog coming and simply stopped and turned towards it.  She didn’t step towards it or do anything that could have provoked the animal.  He mother, Kelly, heard “an ear-piercing scream as it grabbed her top lip and tore out her cheek, leaving catastrophic wounds.”  Jesus.  I can’t even imagine needing 230 stitches.  But on the face?

Her mother said it was a totally “unprovoked attack” and that her daughter’s lip appeared to be “like a jigsaw piece.”  Kelly explained how severe the injuries are, “It’s life changing for Lily, she can’t smile as she’s lost her lips.”  Unbelievable.  The poor Lily, from Southwater, West Sussex, will never have the same face again.  The Labrador tore out her cheek, leaving her her upper teeth, tongue and her bottom jaw “degloved.”  In total, 25% of her upper lip is gone forever.  So the scar tissue will be severe.  Just imagine 230 stitches on your child’s face.  Doctors are unsure if she will ever get all of her senses back.  One ear has slight hearing loss after the attack as well.

So for now, the family has covered all the mirrors in their home so Lily won’t be horrified at her own reflection.  But as for this crazy Labrador, the family believes authorities put the animal down.  Police are investigating the unusual, devastating attack.  So hopefully, we’ll hear why this attack happened.  Seriously, 230 stitches?