In the movie, Stewart plays Amy Cole, a military guard at Guantanamo Bay detention camp in Cuba. The story is about her relationship with Muslim detainee “471” aka Ali Amir (Peyman Moaadi) who has been imprisoned since 9/11. As Cole patrols the cellblock, a complex relationship develops with Amir.

Their connection sparks during a funny scene of Cole wheeling a library cart through the corridor. When she stops at Amir’s cell, he doesn’t see the book he wants, and it sends him into a rant accusing the guards of conspiring against him to drive him insane by withholding the last book of the “Harry Potter” series. The ridiculousness of the situation and the chemistry between the two actors draws you in.

“Camp X-Ray” was the name of the temporary detention facility at Guantanamo Bay. The first 20 detainees arrived on Jan. 11, 2002. After much controversy surrounding the legal status of detainees, the camp was closed in April 2002 and prisoners transferred to Camp Delta, the permanent Guantanamo detainment facility.

Cole is from a small town where she had few options and enlisted in the hopes of finding some purpose in life. Sadly, her role at Guantanamo makes finding her purpose more confusing than ever.

Although the movie drags through some repetitive parts, Stewart shows a three-octave emotional range and mostly sans words. That and Sattler’s painstakingly researched details into the lives of guards and detainees at Guantanamo outweigh the weaknesses.

TheBlot Magazine caught up with Sattler to talk about “Camp X-Ray,” Kristen Stewart and one very helpful WikiLeaks document.

Dorri Olds: How did you know Kristen Stewart was right for this role?

Peter Sattler: She has a perfect mix of toughness and vulnerability, and that’s at the heart of her character, Pvt. Cole. She’s a soldier who wants to prove herself, she wants to be tough and stand up to all of these macho dudes around her. But at the same time, the reason she has such a tough skin is that she’s vulnerable. Kristen can convey that so well. It’s a challenging role because the character doesn’t have a lot of lines. Cole is just a simple girl from a small town. Everything she feels lives and dies on her face.

Kristen can do more than most actors can with perfectly scripted dialogue, and she does it with just an expression on her face. She can emote so much with so little, and you just feel it. That was absolutely what the character needed.

Is Kristen similar to Cole in real life?

In some ways yes, but in many ways, absolutely not. Kristen seeks out roles that can explore a part of her. She definitely has a toughness to her, and she’s kind of a tomboy. But she also has a very sensitive side that is an intrinsic part of her. She can remember those times, like we all can, when we were young and didn’t feel comfortable in our own skin. Then she’s able to put those feelings into the character.

Stewart seems quiet and sullen in her roles. Is she that way in life? Or does she joke around?

Both. If you can catch her unguarded and at the right moment, she can be super talkative and jokey. She’s actually a very funny person. She’ll talk a mile a minute if she’s got something to say. But she is also very deliberate about when she does and doesn’t speak. She’ll very thoughtfully sit and listen.

Kristen has a lot of different sides to her, and I think that’s what makes her so interesting as an actress. In the film, she has some great moments of levity. Off screen, Kristen is a lot more jovial and a lot more down to earth and approachable than people think, but I’ve been in the same room when the paparazzi are chasing her and yeah, she throws her guard up and doesn’t say anything. When she feels safe, though, she’s a lot of fun.

How did you research everyday life at Camp X-Ray?

Believe it or not, it was through WikiLeaks. They had leaked the Standard Operating Procedure for Guantanamo Bay’s Camp Delta. It was filled with every microscopic detail of military procedures. Literally, it is a day-to-day manual of operations. Like, “From 08:00 to 12:00 detainees do this. Then they go to the shower, then they are allowed one rec period with only these items in their cell. When you take a detainee to medical, you must follow this procedure. Use shackles when you walk them down the hallway.” It was exactly what I needed to know.

I have to say, it was a treat to see a movie that shows everything from a woman’s perspective.

Yeah, I have this 2-year-old daughter now, and she’s teaching me to be a feminist. [Laughs] 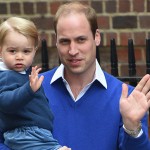