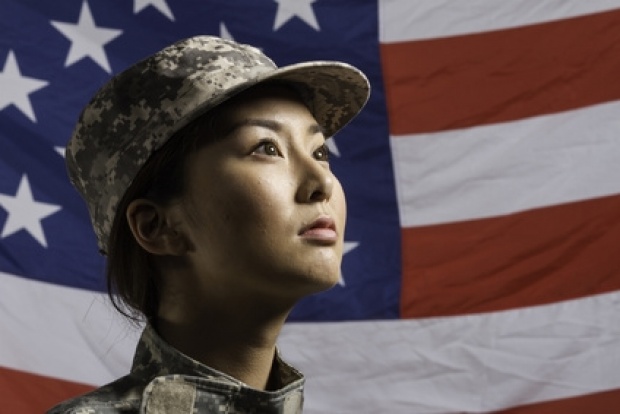 The U.S. Department of Defense (DOD) has increased its efforts to prosecute soldiers who are guilty of sexual assault. Soldiers in specific positions (sexual assault counselors, drill sergeants, recruiters, etc.) were investigated, and 588 out of 20,000 were disqualified. To handle the cases the DOD created a special victims unit.

I feel like I’m watching a “Law & Order: SVU” episode and Olivia Benson (Mariska Hargitay) is going to charge in any minute, give the bad guys a tough sneer and wrap things up in an hour.

Here are the Army stats: from Oct. 2012 through June 2013, there were 3,553 cases of sexual abuse. That is an increase of 46 percent from the previous year. The numbers may have shot up because more people are reporting what happened to them.

Although there’s no Olivia Benson coming, we do have Democratic Senator Kirsten Gillibrand from New York. As a member of the Armed Services Committee, she has proposed taking the decision making away from commanders and to delegate to military prosecutors to handle the cases. Unfortunately, the bill was blocked on Feb. 24. But Gillibrand is still fighting. She said, “The military needs a reformed, independent and transparent system of justice.”

You said it. In a recent DOD survey that asked sexual assault victims why they chose not to report the events, reason numero uno was that they believed the chain of command wouldn’t do anything. The second reason is they feared retaliation or had witnessed it. And 62 percent of victims that did report incidents said they’d been retaliated against.

There are some numbers that sound suspicious: other military groups have disqualified only a piddly amount of guys. The Navy disqualified a measly three out of 5,125 recruits, and only two out of 4,739 counselors. And in a group of 869 recruit instructors, not even one was disqualified. The Air Force and Marine Corps reported a big fat zero disqualified service members.

In the time since Gillibrand’s bill was blocked on Monday, Feb. 24, she has garnered at least one more supporter. Tuesday evening, Gillibrand tweeted that Republican Senator Jerry Morgan from Kansas signed on to support her bill, the Military Justice Improvement Act. With 60 senators needed to push a bill in the Senate past a filibuster, Gillibrand is close with 55.

On Feb. 26, Gillibrand kept the fight alive and encouraged victims to speak to the legislators at a hearing. The meeting was to discuss the connection between sexual assault, PTSD and suicide — 22 veterans commit suicide every day; that is over 8,000 per year. The panel listened to victims of sexual assault, like the brave former Marine Jeremiah Arbogast, who spoke to the legislators about his horrific journey.

Arbogast had been raped by a fellow Marine. He was drugged and sodomized. The perpetrator was convicted but served no prison time. Arbogast testified, “I felt my death would spare my wife, daughter and myself the dishonor the rape brought upon us.”

Gillibrand said, “We must fully understand the long-term psychological toll on the survivors of sexual trauma in the military.”

All of this attention was first sparked over the past year by several sexual assault scandals. In May, an Air Force lieutenant colonel in charge of Sexual Assault Prevention and Response Office was arrested after drunkenly groping a woman near the Pentagon. Also in May, an Army sergeant in charge of a sexual assault prevention program was investigated on accusations of sexual assault and a reported prostitution ring.

A 2013 Pentagon report said 26,000 soldiers had received “unwanted sexual contact.” Gillibrand told Jake Tapper on CNN, “To say zero tolerance for 25 years, and have 26,000 sexual assaults and rapes last year alone, and only one out of 10 reporting, and only have one out of 100 going to trial and conviction — those are horrible, horrible rates for survivors to know that justice is possible.”