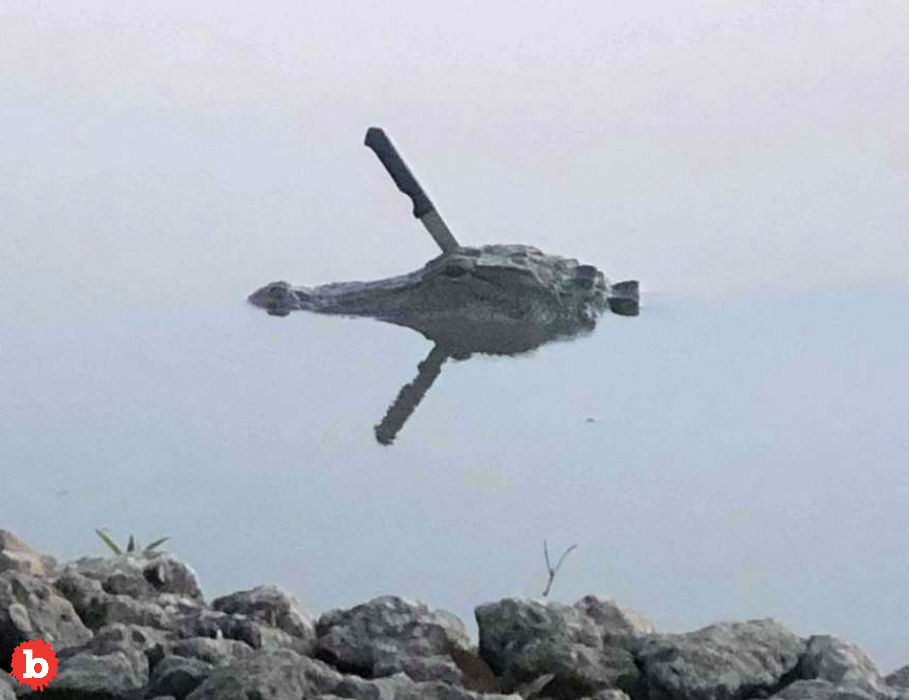 Sometimes, I really wonder about humanity.  This story is from the Houston, Texas area and it’s a disturbing doozie.  A local woman, Erin Weaver, was on her normal daily walk near her home when she spotted the strange sight.  There was an alligator in the Texas lake nearby.  But that was normal.  But then she also saw that this poor alligator had a knife sticking out of its head!  That’s right, a knife.  It’s not the normal thing anyone sees and it’s disturbing to understand the obvious.  Someone stabbed that alligator on purpose and left the knife sticking out of its head.

CLEARLY, SOMEONE TOOK A STEAK KNIFE  TO A LAKE TO STAB AN ALLIGATOR

Erin remembered what she saw, saying, “I saw him swimming and then I saw him turn, like swimming towards me, and I saw something sticking out of his head. “It looked like a steak knife that was sticking out of his head, I don’t know if it was in his eye, but it looked, if it wasn’t in his eye it was very close to his eye.”  Say what?  But seriously, someone came out to this Texas lake, near Houston, and brought a steak knife to stab an alligator?  That’s a deranged person.  It certainly makes me angry.

So what can anyone do to help this alligator?  Erin is more than a little upset.  She has seen alligators there frequently since she moved into the area six years ago.  But never before has an alligator been aggressive.  She said, “Never have I seen them aggressive or even defensive, if you walk by and startle, them they just go under water.”  But her photos have gone viral on social media.  And everyone who sees them wants that alligator to get help.  But unfortunately, the local Fort Bend County Sheriff’s Office can only take a report, and that only after a deputy personally sees the injured animal.

But a game warden will step in all too soon and assess how to capture and assist the stuck animal. 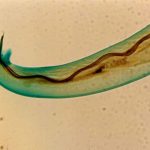 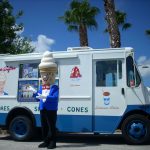