There’s a whole lot of shakin’ goin’ on at the New York Knicks as President Phil Jackson has been busy reshaping the team.

The Knicks are in the middle of several trade rumors regarding Carmelo Anthony. Anthony has officially opted-out of his contract with the Knicks, and as of July 1, he will be officially a free agent. He can then study teams’ offers and decide on the best deal for him and his family. Between now and then, there is intense speculation where “Melo” will land.

It’s true, Jackson would like him to take less money to sign versus the maximum amount available, which is upward of $25 million a year. Jackson would like him to take less, maybe $22 million a year, thus giving the Knicks more money to sign another star player. Like $20 million plus is chicken feed? That is a huge number, and that would set up his family for life. Whether it is $20 or $25 million a year, Anthony is going to earn a lot of money in his next and probably last contract.

To show him that his “old” team is taking action, they have hired a new well-regarded head coach in Derek Fisher who does not have head coaching experience, but has been on Jackson’s short list. Fisher just retired from the Oklahoma City Thunder and has a bright basketball mind. He also has a bunch of championship rings from his time with the Los Angeles Lakers.

The Knicks traded former Defensive NBA Player of the Year Tyson Chandler and center and point guard Raymond Felton. In return, the team acquired a slew of players from the Dallas Mavericks, some of whom won’t be with the team in October. Jose Calderon is a point guard who the Knicks may keep. Samuel Dalembert, Shane Larkin and Wayne Ellington also came over from the Mavericks.

The Knicks also got draft picks of Dallas and acquired another in a trade to select three players in the second round, some of whom may not be with the team this fall. The Knicks did obtain Cleanthony Early, a small forward from Wichita State University who helped lead the team to an undefeated season last year. Early, at 6’7” plays big. He has size and mobility and will be a factor in the paint and the low post. Look for him to make the team.

Thanasis Antetokounmpo, the Knicks second pick, played in the NBA Development League and stands at 6’ 6 ¾”, 205 pounds. He is known as a NBA level defender. New York kept dealing and made one with the Indiana Pacers for cash to acquire Louis Labeyrie, a 6-foot-10-inch power forward from France.

If the Knicks can trade Chandler, an anchor on the defensive end, then no one is off-limits.

This wheeling and dealing could be in an effort to make positive changes, get players to institute a new offensive set and to convince Anthony to re-sign with the team. There will be motion offense, the ball will move a lot. It did when Jackson was coach for Chicago and L,A.

Of course, the ball ended up with Michael Jordan or Kobe Bryant taking the shot … the Knicks hope it ends in Carmelo Anthony’s hands. 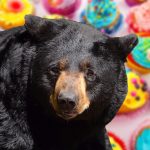 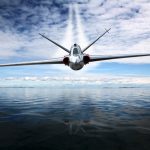