20 BRICKS OF COLUMBIAN BANANAS END UP IN KELOWNA, CANADA, STORES

Bananas are amazing, if weird, fruit.  Even in Kelowna, Canada. They are the best friend to athletes, or even just the weekend warrior who needs a quick hit of potassium.  As a great pick me up for your system, bananas are the best there is!  Well, of the natural sort, that is.  But at the opposite end of the pick me up spectrum you will find…. Cocaine.  Yes, cocaine.  It will empty your bank account almost as fast as it eats the cartilage in your nose.  And the cocaine market is alive and well, just like bananas.  And for one smuggling attempt, someone missed their delivery.  That’s how 20 bricks of cocaine turned up in a bananas shipment at grocery stores in Kelowna, Canada.

KELOWNA IS IN THE MIDDLE OF NOWHERE IN WESTERN CANADA, BUT COCAINE IS EVERYWHERE

So if that sounds strange and ludicrous, well, it is.  But it’s also true!  Stranger than fiction is the very heart of our reality these days.  So where the hell is Kelowna in this stranger story?  Well, it’s in Central Okanagan in British Columbia.  Yeah, that doesn’t help much.  If you look just right of the middle of the state of Washington, Kelowna is north of the border in Canada.  I may have driven thru it once.  It’s very rural, not the sort of place you would expect to find 20 bricks of cocaine at all.  Never mind with bananas in store deliveries.

So obviously, the stores called the local police.  The authorities realized this was not a mis-delivery, per se, but likely that someone missed grabbing them 20 bricks of cocaine in transit.  So where are the bananas from?  Why, Columbia, of course, the primary source of cocaine for the whole let’s get wide world.  While the cocaine was likely meant to hit the market elsewhere in Central Okanagan, Kelowna is too small.  That amount of cocaine would have translated into more than 800,000 doses of crack.  And that is enough for every resident of Kelowna, times 6!

And that is just bananas. 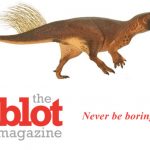 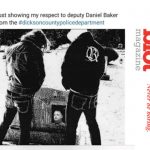