The grieving relatives of a California woman gunned down by a career criminal who had been deported to Mexico nearly a half dozen times say right now is not the time to put a political spin on a tragic situation.

Over the weekend, the parents of Kathryn Steinle said political remarks made by Republican presidential hopeful Donald Trump and others were not going to bring their slain daughter back.

“We’re not dwelling on that,” Jim Steinle told The Associated Press Sunday. “That’s not going to bring Kate back.”

Steinle, 32, was killed last week in front of San Francisco’s Pier 14, a popular tourist destination, after she posed for a photograph with her father. She passed away from a gunshot wound en route to a nearby hospital.

Francisco Sanchez, 45, was arrested a short time after the shooting. In a interview with a local television station, Sanchez said he found a firearm wrapped in a T-shirt near the pier last Wednesday. The gun accidentally discharged, Sanchez said, at which point he threw the weapon into the waters of the San Francisco Bay, lit a cigarette and walked off. Sanchez told KGO-TV’s Cornell Bernard he wasn’t aware he had shot someone until he was arrested by police about an hour later. His version of events contradicts with an earlier chronology he gave police in which he claimed to have been shooting at sea lions and missed.

According to records, Sanchez has a lengthy criminal history and has been deported to Mexico at least five times. In his interview with KGO, he said he recently settled in San Francisco knowing it was a so-called “sanctuary city,” a community in which police do not actively arrest or deport undocumented workers based on their immigration status because local laws do not allow for municipal funds to be used toward those initiatives and do not allow officials to cooperate with immigration investigations.

In the wake of Steinle’s killing, San Francisco’s status as a sanctuary city has come under fire, particularly from right-leaning media outlets and politicians who have seized on the moment to challenge the predominantly liberal Bay Area. Trump released a statement Friday through a series of tweets in which the Republican presidential contender asserted the United States’ border with Mexico was “unsecure” and “totally out of control.”

“This is an absolutely disgraceful situation,” he tweeted. “We need border security!”

A Trump campaign official later released a statement to KCBS-AM in which Trump promised that acts of violence like the one that killed Steinle “won’t happen if I become president” because he pledges to build a wall between the United States and Mexico. “I am the only candidate who would build it,” Trump promised.

For Steinle’s parents, Trump’s comments are nothing more than unwelcome political rhetoric. Liz Sullivan, Steinle’s mother, said she generally agreed that if Sanchez had been permanently deported to Mexico, her daughter might still be alive. But “this is not the time for political statements,” she said in a radio interview broadcast by KCBS-AM on Sunday.

Immigration officials also concede that Sanchez should not have been allowed back in the country. Immigration and Customs Enforcement (ICE) agents arrested Sanchez three months ago pursuant to a drug warrant and turned him over to police in San Francisco, according to CBS News. But Sanchez was released just a few weeks later after a county attorney determined that the San Francisco Sheriff’s Department did not have legal authority to keep the man in detention. ICE officials said a “detainer” had been issued for Sanchez that normally would have flagged his release, but that the detainer failed because authorities in San Francisco did not notify federal officials before releasing Sanchez.

“ICE places detainers on aliens arrested on criminal charges to ensure dangerous criminals are not released from prisons or jails into our communities,” Virginia Kice, a spokesperson for ICE, told CBS News.

Sanchez, who does not have an attorney, told KGO he wants “the highest punishment” and plans to tell the court and Steinle’s family that he “no longer wants to live.” 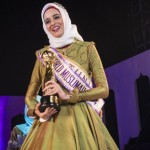 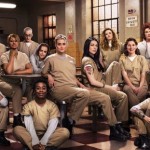