NO, I DIDN’T REJECT YOUR PLAN BECAUSE I’M A MEMBER OF THE MASTER RACE

Well, thank God most of us aren’t in Kansas anymore, or at all.  An African American City planner, Triveece Penelton, was making a presentation to the County Board.  But things went awry and have pretty much stayed that way since.  Triveece was offering a series of options on road development in Tonganoxie, which is a little west of Kansas City.  So what happened?  Was the proposed development plan rejected?  Oh, yes.  But it’s how it was rejected that has raised a stink and left a stain.  The Leavenworth County Commissioner Louis Klemp rejected Triveece’s plan.  But Klemp made a point of saying it wasn’t just because he was a member of the MASTER RACE.

Read More: Should We Ban the Fast Food Biz Because of Child Obesity?

Yeah.  That’s right.  Leavenworth County Commissioner Louis Klemp felt the need, in front of multiple witnesses and in his official capacity, to explain this.  See, it’s not because I’m a white supremacist (and you’re less human!), it’s because your presented plan of action sucks.  See?  I’m a professional racist.  Or Professional Racist.  Whatever. In Klemp’s own words, “I don’t want you to think I’m picking on you because we’re part of the master race.  You know you got a gap in your teeth, you’re the masters, don’t ever forget that.”  I know, right?  It’s even worse than you thought.

The Best Way to Fight Racism Is With Shame and Mockery

The Republican Party appointed Klemp to his position last Fall to fill an empty seat from a resignation.  But now his fellow commissioners are calling on him to resign, now.  But his term ends soon on January 15th?  Nah, they say to resign now anyways.  Klemp, for his part, evidently told a news agency off camera that the whole thing was a joke.  Ha Ha!  See?  No problem, I’m not a racist.  It was just a joke!  But isn’t that what we keep hearing the last several years?  It’s not that I’m a racist.  You’re just too sensitive and can’t take a joke.  Well, it took a while.  But the joke’s on you, Klemp.  Tag, you’re it. 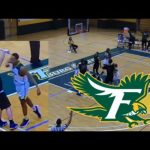 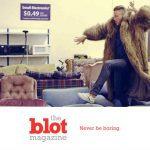