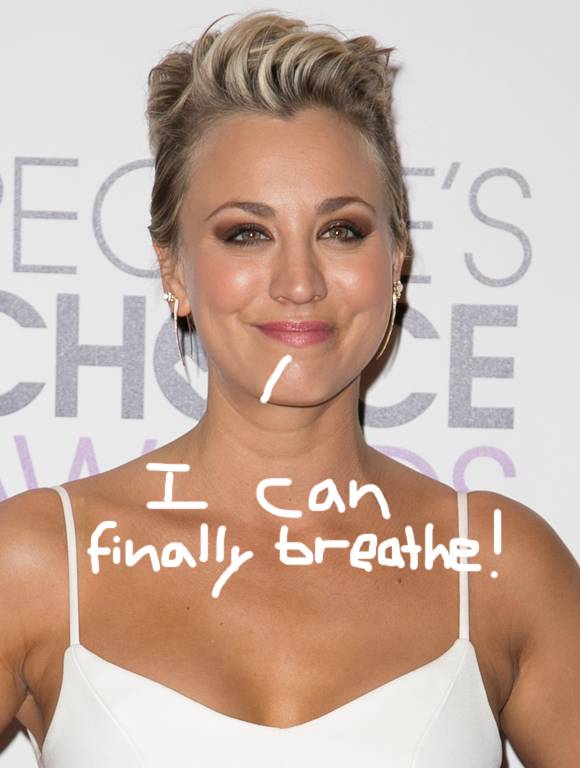 As the token babe on the hit nerd show “The Big Bang Theory,” actress Kaley Cuoco, 28, seems to be playing herself. Cute and bubbly, her willingness to be unfiltered might be the most off yet enjoyable thing about her. As both the queen of CBS and the queen of verbal diarrhea, she’s a joy to watch in interviews. With Cuoco’s current promo tour of her recent project, Getting Engaged in Three Months, the blond beauty insists that when you know, you know. You know? For better or worse, Cuoco seems like a 6-year-old girl trapped in a hot adult body with the net worth of $20 million. And with her enthusiasm as unbridled as her collection of horses, her best out-of-context quotes mixed with the commentary of children give us: Kaley Cuoco or a 6-Year-Old? A drinking game! These quotes are from the mouths of babes, but the question is which one?

Question 1: Who stated the following, “Yes, I prefer animals over people.” Kaley Cuoco or a 6-year-old?

Answer: It doesn’t seem like a hottie like Kaley would have to use complicated words like “prefer,” and this is probably the work of a kid from a sophisticated montessori school, but Cuoco said it! In a recent interview on the “Late Late Show With Craig Ferguson,” Cuoco admitted to only wanting to have a wedding with animal guests. If she’s not a child, then her wedding planner should be. If you guessed a 6-year-old, drink up! If you guessed correctly you can drink too, if this is how you define “winning.”

Question 2: Who made this declaration, “The dog keeps dancing with its privates!” Kaley Cuoco or a 6-year-old?

Answer: Cuoco may be a fan of dancing and dogs, but the use of the word “privates” is a 6-year-old move. Like many children, this one mistook sex for dancing after innocently observing two canines getting it on. If you guessed Cuoco, take one drink. If you are a parent who has explained dog sex this way, take two.

Question 3: When referring to her dogs, who said, “I want to do my cake in the shape of their heads.” Kaley Cuoco or a 6-year-old?

Answer: While children love to eat things shaped like animal faces, this quote is all Kaley Cuoco, who was referring to her upcoming nuptials. The owner of three pitbulls, Cuoco admitted in the same Craig Ferguson interview that she was obsessed enough with her dogs to serve them on her special day. If you guessed wrong, take a drink for every fat, scary dog face eaten at her dream wedding (three drinks).

Question 4: Who defiantly stated, “I’m not made for making my bed.” Kaley Cuoco or a 6-year-old?

Answer: The refusal to make the bed may reek of a big Hollywood diva, but this quote comes from a little girl. Speaking to her mom, this cute kid astutely sums up why we’re all slobs. Take one drink if you guessed Cuoco. Take four drinks if you made your bed today.

Question 5: After being asked about an event — it could be a birthday party or the red carpet — who stated, “I brought my dad as my date.” Kaley Cuoco or a 6-year-old?

Answer: Every little girl’s dream is to date her dad, but in this case the culprit is Kaley. In an interview with David Letterman, Cuoco talked about bringing her dad to the Emmys. If you thought it was a child, take a drink. If you don’t think this game is intense enough, take five to seven drinks, but remember to eat dinner. You’re not a teenager. Also, if you are a teenager, stop playing. No one is going to jail for you.

Question 6: When asked to describe her ideal man, who said, “One that provides a lot of money, loves horses, will let you have 22 kids, and doesn’t put up a fight.” Kaley Cuoco or a 6-year-old?

Answer: This could very well be Cuoco describing her man, but it is actually a quote from “Kids Say the Darndest Things.” Let’s all breathe a sigh of relief knowing that Cuoco won’t be housing 22 babies in her hot body. Take five drinks if you were wrong.

Question 7: Who had the epiphany “I should just ride my horse to work!” Kaley Cuoco or a 6-year-old?

Answer: Cuoco has one of the only jobs a kid can legally do, so this question is tricky. But Cuoco, a self-proclaimed horse freak is the one who told David Letterman that she wants to ride them to work because she’s a terrible driver. Take one drink if you guessed a 6-year-old. Take 10 drinks if you feel like you’d be a better driver than Cuoco, and then give me your keys.

Question 8: In a recent interaction with an adult male, who said, “You’re tall!” Kaley Cuoco or a 6-year-old?

Answer: Trick question — the answer is both! Cuoco exclaimed this to Ferguson after gushing about the height of her fiancé. Six-year-olds exclaim this after gushing about how dads can reach things. Drink everything if you guessed neither because that wasn’t an option and you did this to yourself.

If you’re still sort of standing, great job! Everyone wins! Before you sober up, check out Cuoco’s hit show “The Big Bang Theory,” which you can watch in syndication on any day of the week if you have a TV and eyes. You can also see her with her sweetie, Sweeting almost anywhere on the Internet. Rumor has it that they are set to wed on New Year’s Eve, and we’re hoping she’s registered for a race car bed. 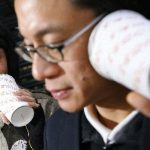